EastEnders and Our Girl star Danny Hatchard has said he wants to "punch" people who don't follow the social distancing guidelines.

Currently the UK is on lockdown due to the coronavirus pandemic. People have been urged only to go out when it's essential and keep a two metre distance from others.

Danny tweeted his frustrations yesterday (Sunday, March 26) after seeing his neighbours having a barbeque with people who don't live in their home.

He wrote: "The neighbours have decided to invite their family over for a BBQ, they have a baby daughter... And here's me sat indoors staying away from the people I love and miss, so [bleep] morons like that don't get ill." 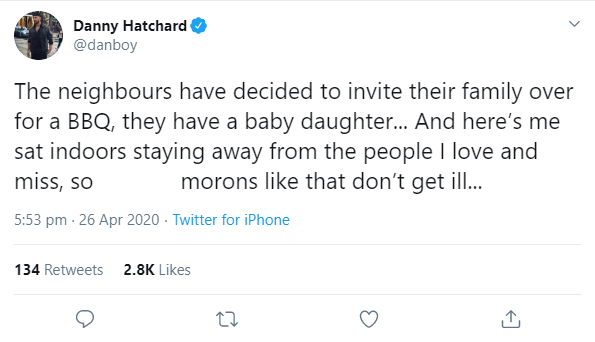 He then tweeted saying he didn't see why he isn't allowed to punch people who don't stay two metres away.

He said: "Also, if people don't keep a two metre distance I don't see why I can't be allowed to punch them in the head. Surely it's considered self defence..." 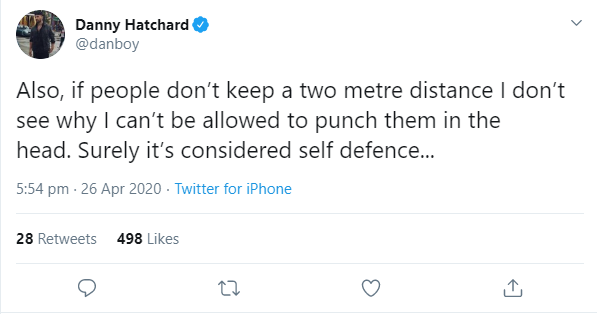 Fans agreed with Danny. One wrote: "I fully support this."

EastEnders and Our Girl

Due to the ongoing pandemic, actors are unable to work and show productions have been halted. One of those shows includes EastEnders, where Danny played Lee Carter.

Danny joined the BBC Soap in 2014 as part of the Carter family, playing Mick and Linda's oldest son. 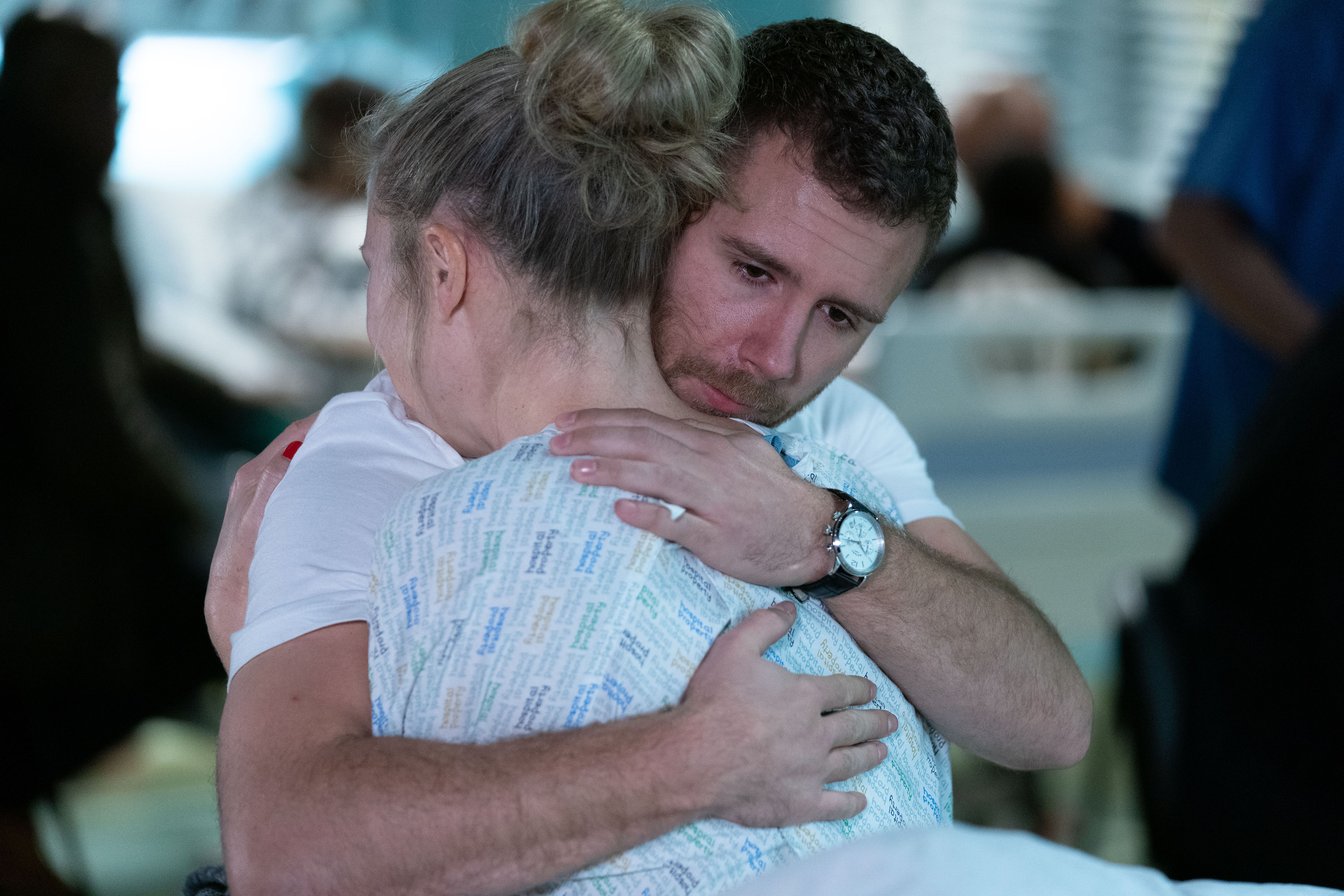 He left Walford in 2017 but made a brief return over Christmas 2019 and New Year. 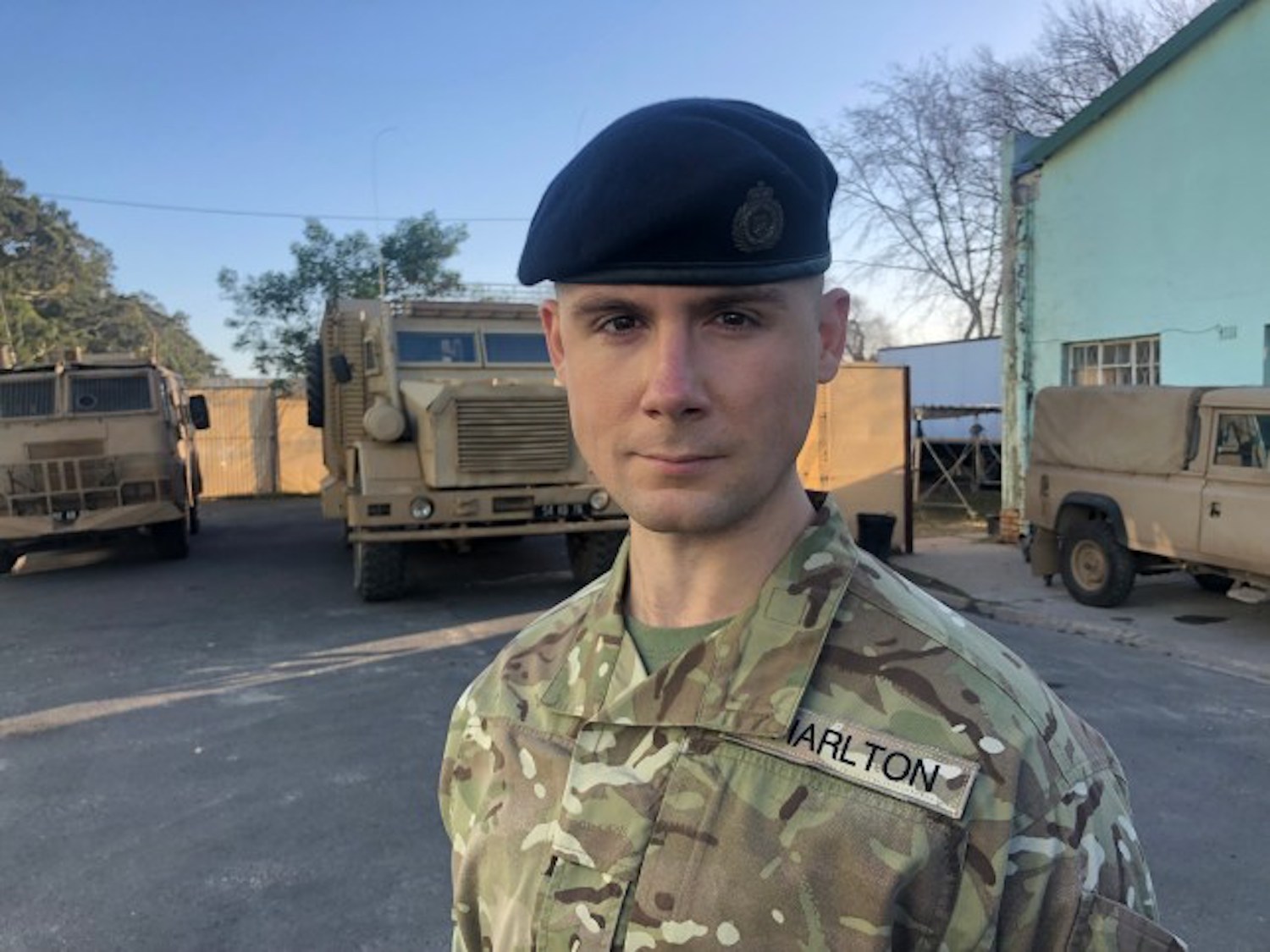 Danny plays Private Rhett Charlton, who is better known by the nickname Cheese.

He arrived in Afghanistan to join 2-Section. But other members of the team already knew him and they were not happy by his arrival.

What is his history?

Have you been watching Danny in Our Girl? Leave us a comment on our Facebook page @EntertainmentDailyFix and let us know