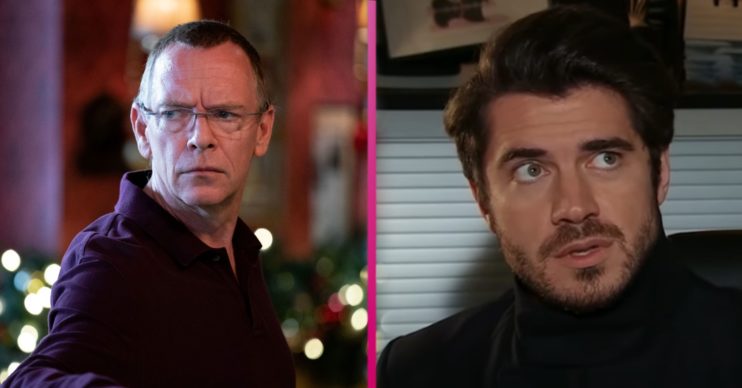 EastEnders and Coronation Street: Fans accuse soaps of copying each other with ‘whodunit’ storylines

Both soaps are airing similar storylines

EastEnders and Coronation Street fans have accused the two soaps of copying each other as they both air “whodunit” storylines.

Recently in Easties, Ian Beale was attacked in The Vic. Over the last few months, Ian has made quite a few enemies on Albert Square.

As well as taking money and trying to blackmail Max, he has also got on the wrong side of Stuart, Rainie, Tina and his sons Bobby and Peter.

He’s been in hospital with a bleed on the brain, but it hasn’t been revealed who attacked him.

In Friday’s episode (December 11), he was enjoying a drink in the Bistro by himself when an unknown assailant came in.

In the final scene, Adam was seen sprawled out on the floor. It was clear he had been attacked.

And now fans of the soaps have accused the two shows of copying each other.

Soaps sure love to copy each over.#EastEnders "Who attacked Ian" and now over in #Corrie "Who Attacked Adam"

So #Corrie and #Eastenders arw doing exactly the same storyline

Easties, Emmerdale and Corrie have all aired whodunit storylines in the past.

In April 2014, EastEnders kicked off a huge whodunit which saw Lucy Beale killed off.

So Corrie and EastEnders are doing exactly the same storyline.

The storyline went on for 10 months. There were many suspects, including Ian and Lucy’s twin Peter.

However, in early 2014, flashbacks for the show’s 30th anniversary revealed Lucy was killed by her 10-year-old brother Bobby.

Earlier this year, Emmerdale aired its own whodunit. In the storyline, Graham Foster was killed off.

Over the course of a week, viewers saw flashbacks showing what happened that night from each suspects’ perspective.

But it was revealed that Pierce Harris was the killer in a shock twist.