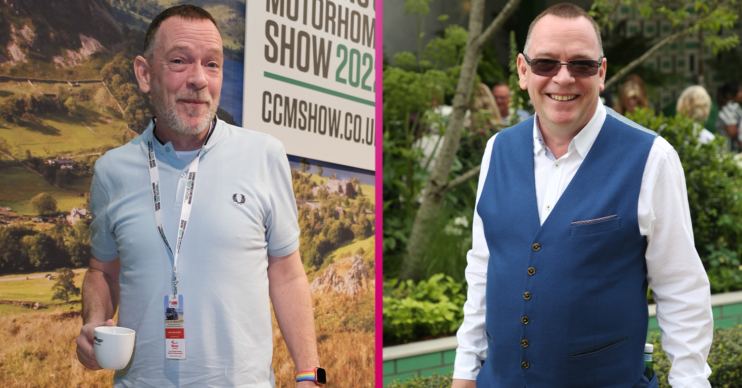 Adam, who is taking a break from playing the Square’s Ian Beale, has transformed his body.

And he has admitted that giving up just one thing has made a huge difference to him.

Adam revealed to the Cambridge Independent that he made one simple lifestyle change.

He gave up booze.

And of course it doesn’t hurt that he’s a keen cyclist.

He said he hasn’t really “”made a big fuss about it” but did say that “everyone’s different”.

Will he ever drink again?

Adam continued that giving up alcohol was the right thing to do for him.

But that doesn’t mean he’s sworn off booze forever.

“I’m not going to turn around and say that’s it forever, that I’m never ever going to drink again. But at this point in my life, yeah, I’m quite happy not drinking. And the result is I’ve lost about three stone in weight,” he said.

Adam admitted that he feels “100% better” now that he’s lost the weight and is feeling fitter in himself.

He said that until you stop drinking, you don’t realise “how much if affects so many things”.

His tipple of choice now? Coffee. Because, he says, “it tastes better”.

And, following his split from real-life wife Beverley, he decided he “didn’t need” his family home any more.

Read more: Who’s who in the 2022 cast of Coronation Street

Instead, he decided to live in his motorhome, travelling the length and breadth of the country alongside the play.

“It was going to be just for whilst I was on tour, but my daughter, who was living with me, has moved to America. So I didn’t need a place for me and her. It was a case of well, fine, I’ll just carry on living in the motorhome,” he said.

When is Adam Woodyatt returning to EastEnders?

It’s not yet known when Adam will return to EastEnders.

Back in April, he said he had “no plans” to return just yet.

However, there have been reports that the soap icon could be lured back with a big-money deal.