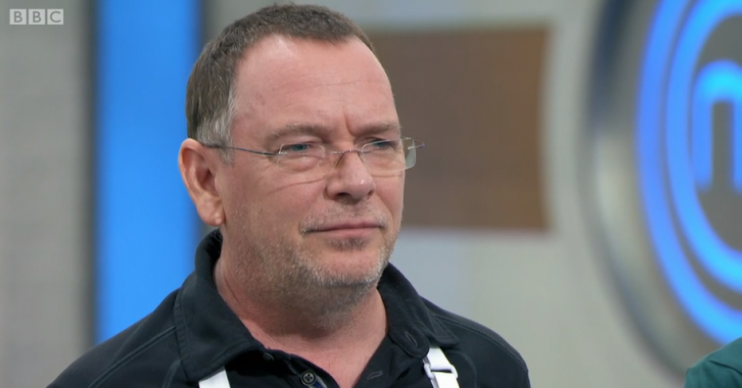 Actor didn't make it through to the semi finals

Adam Woodyatt, who plays Ian Beale on EastEnders has spent the last week keeping fans entertained on Celebrity MasterChef – for all the wrong reasons!

After a disastrous series of kitchen incidents, Adam discovered last night he didn’t make it through to the semi finals of the show.

He’s poked fun at his time in the competition with an Instagram post using the FaceApp aging software.

It really ages you @masterchefuk

Adam captioned the image of him looking considerably older: “It really ages you.”

MasterChef co-competitor Vicky Pattison – who did make it through alongside Kellie Maloney – commented: “ROBBED!”

Another fan added: “Such a shame Adam, as your photos, quite clearly show you have a flair for cooking, I think it was mainly the timing that let you down.”

And someone else said: “Well done, though, lots of fun to watch this week and what a fab four your week had!”

After he was knocked out of the show, Adam told the camera: “I think I will carry on cooking… No, actually, I think I’ll go back to eating in restaurants, it’s easier!”

You can’t really blame him!

At the start  of the week the curry round saw him serve up a prawn, tomato and coconut curry with brown rice and a chapati.

Although the curry itself was well-received, the rice was RAW!

Then he took a roasting from judge John Torode after presenting him with a pot of ‘disaster’ mayonnaise on Wednesday September 25.

They were placed either side of a dividing wall to make their tacos from scratch and produce John’s special mayonnaise.

While Tomasz received glowing reviews for his dish, John ripped into Adam for his attempt at the spicy mayo.

“That Adam, that…” John pointed to the little jug of watery sauce, “is a disaster.”

Having played restaurateur Ian Beale on EastEnders for 34 years, you’d think he’d have picked up a thing or two about the trade!