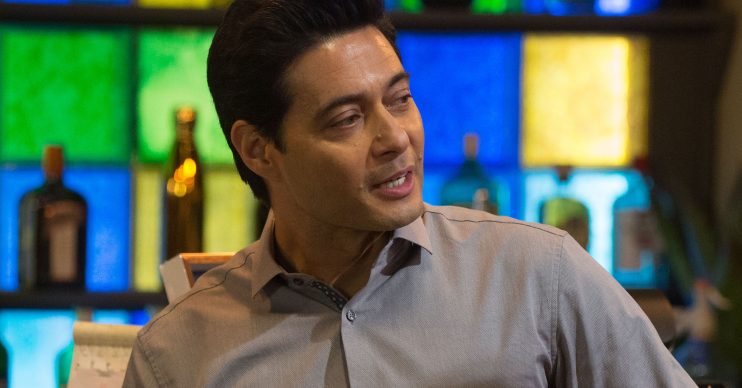 It's goodbye from the dirty dentist

Honey Mitchell’s boyfriend, Adam Bateman has been axed from EastEnders.

Dirty dentist Adam has been cheating on Honey for months and leaving her humiliated in front of her friends and neighbours.

And now his time is up after bosses decided his story had come to a natural end.

Actor Stephen Rahman-Hughes will leave at the end of his current contract bringing the storyline to an end.

“Producers have ­decided it’s the end of the road for Adam,” a source told the Daily Star.

“It was decided to write the character out. His turbulent relationship with Honey Mitchell has kept viewers hooked.

“But once his cheating is exposed, the storyline comes to a natural end, so bosses decided not to renew Stephen’s contract.

“Stephen has been a fantastic part of the show. The decision to axe his character is no reflection on his performance.”

Fans were unsurprisingly pleased that Adam would be leaving after his unpopularity since arriving.

“GOOD! Horrid character but not as intolerable as the ones shoved down throats,” said one on Digital Spy.

Another said: “No great shock, he clearly always had a shelf life as they have not invested in him at all.”

A third added: “Not surprising in the slightest. This whole storyline has been so terrible. It can’t come quick enough.”

News of his exit comes after Christopher Timothy bowed out of the soap after two years in a surprising twist on Friday night.

And actress Katie Jarvis, who plays Hayley Slater, was quietly axed earlier this year when her own contract came to an end.

Tamzin Outhwaite also decided to leave the soap after her own high profile comeback when her character Mel Owen lost her teenage son Hunter.

Will you miss Adam or any of the other characters? Leave us a comment on our Facebook page @EntertainmentDailyFix and let us know what you think!