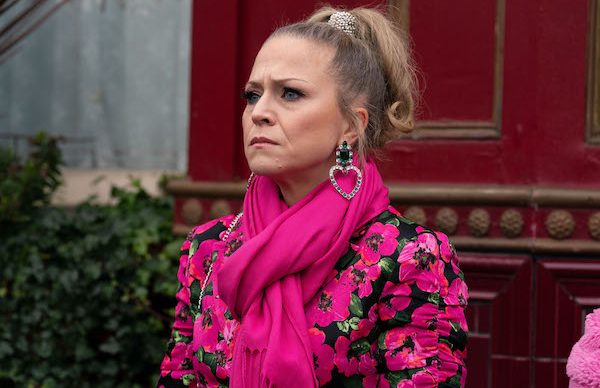 The wanted something epic, but different

Bosses at EastEnders wanted to do “something different” to a live episode but “equally iconic” to mark the show’s 35th anniversary.

The BBC One soap will turn 35 tomorrow (Wednesday February 19) and to celebrate the fact the programme has put on an “epic” week of episodes.

Executive producer Jon Sen has now admitted bosses discussed the live episodes of the 25th and 30th anniversaries, but opted to mix things up this year.

“I remember we all got together and we sat down and listed everything we wanted an anniversary episode to be.

“When we dug into it, we thought about what we wanted to celebrate EastEnders: London, contemporary, compelling kind of stories and then obviously we have the shot of the Thames in the opening credits and you go ‘ah, there’s the idea!’ and it kind of came from there, really.”

To toast the milestone, the show’s thrilling week of eps will feature the main families on Albert Square, the Carters, the Fowlers, the Beales and the Mitchells, and EastEnders chose to set part of the week on the River Thames to “celebrate London”, too.

Senior Executive Producer Kate Oates added: “I guess as well as celebrating London and that kind of iconography that comes with EastEnders, we also wanted to celebrate the clans and the families.

“So you’ve got the Carters on Monday, and then we’re looking at the Beales and the Fowlers on Tuesday, the Mitchells will be taking centre stage on Thursday, and everything coming together with this big culmination on Friday. They’re the story strands that we’ve been building up to.

“There’s the next chapter of Whitney’s story now – the situation with Leo got the grisly end that it did, paying tribute to Den and Angie in some ways with Mick and Linda but then twisting it, with those divorce papers being signed at the end of the week, and now obviously Mick taking those ’til death us do part’ vows very, very seriously.”

Things kicked off last night with the Carters’ part of the story being told.

As Linda tried to get more booze on the boat, it crashed and she slipped, trapping her foot.

The boat began filling with water and Linda couldn’t free herself.

Mick found her, but was also unable to save her.

With the ship going down, will they both go down with it?