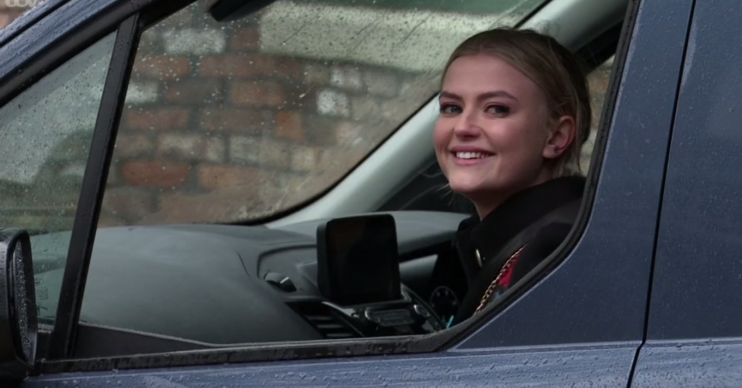 One of them will be missed

Last night Coronation Street bid farewell to not one but two characters, as both Bethany Platt (Lucy Fallon) and Jade Rowan (Lottie Henshall) departed from the cobbles.

After the tragic loss of Daniel’s wife last year, Weatherfield residents feared that he was rushing into a relationship with Bethany. However, Bethany was unable to see their point and became angry and upset with anyone who would not accept her new relationship.

Fans will know that Bethany had been planning on leaving Weatherfield for a while and was all set to depart and head to London for her internship with new partner Daniel in tow.

However, in last night’s episode Bethany began to realise that perhaps there was some truth in what her friends and family had been saying in relation to Daniel not being over Sinead.

Trying to show Bethany how much she meant to him, Daniel ended up getting drunk and, in a badly misjudged gesture, proposed to her in front of Adam, Peter, and Sarah.

However, they were left shocked when they realised he was proposing with his late wife’s wedding ring.

The situation then took another devastating turn when Daniel then said Sinead’s name instead of Bethany’s.

Realising that Daniel was still grieving, Bethany had an emotional heart to heart with him and decided that it was best for both of them if she let him go and left Weatherfield alone.

Daniel tried to convince her that they could make their relationship work, but Bethany decided it was time to move on.

She packed up her things, decided to leave that day, and said goodbye to her family in emotional final scenes.

Meanwhile, Jade Rowan once again turned up on the cobbles in the delusional hope that she could turn her half-sister, Hope Stape against her mother, Fiz Stape (Jennie McAlpine).

When she arrived, she was over the moon to realise that Tyrone Dobbs (Alan Halsall) had got her a bracelet for her birthday.

Misunderstanding the situation, and convinced that Tyrone should leave Fiz and be with her, Jade went on to kiss Tyrone – who was shocked by her behaviour.

The manipulative nanny’s last attempt to cause a rift in the family went horribly wrong, leading to her sister Hope turning on her for trying to split up her family.

Fiz tore into Jade before telling her to ‘do her worst’.

A visibly upset Jade left the house for what appeared to be the last time, knowing that she had lost everything that mattered to her, leaving Fiz, Tyrone, Hope, and Ruby more united than ever.

Do you think this is the last time Jade will grace the cobbles with her presence or will she be back more dangerous than ever?