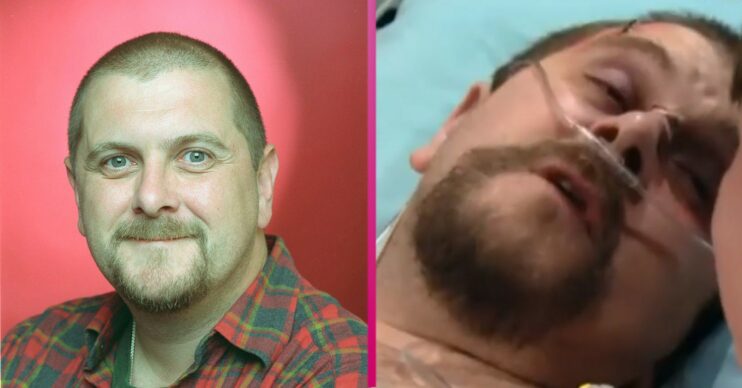 Dennis Stringer in Coronation Street: Who played him? And where is actor Charles Dale now?

He went on to play Big Mac in Casualty

Dennis Stringer in Coronation Street was the lover of both Eileen Grimshaw and Janice Battersby.

But after breaking apart Janice’s marriage to Les, what happened to Dennis on the ITV soap?

Who played him? And where is he now?

Who was Dennis Stringer in Coronation Street?

Dennis was a former Hells Angel who had been thrown out of the chapter after being forced to sell his motorbike to pay for his divorce.

He first arrived on Coronation Street in February 2000 when he met Les while doing community service.

Dennis ended up living with the Battersbys, but he soon moved in with Eileen Grimshaw after starting a relationship with her.

But in 2001, he fell for Janice Battersby and they began an affair.

They both left their other halves and moved in together, but Les didn’t want to give Janice up without a fight. He begged her to reunite, but Janice told him it was very definitely over.

Believing his life was not worth living without her, Les drove his taxi to a wasteland and tried to gas himself inside.

Dennis, who could tell something hadn’t been right with Les, went looking for him and discovered him unconscious.

He managed to drag Les into his car and drove him to Weatherfield General.

Dennis avoided a head-on collision with another car, but ended up flipping and rolling his vehicle down a hill.

Les was unharmed, but Dennis was taken to intensive care.

She was also furious with Les for his suicide attempt and blamed him for Dennis’s condition.

Despite the crash team desperately trying to revive him, Dennis died in hospital on January 2 2002.

Who played Dennis Stringer in Coronation Street? How old is Charles Dale?

Dennis was played by Charles Dale.

He was born in Tenby, Pembrokshire, Wales on February 4 1963.

What else has Charles Dale been in?

Charles is a very recognisable face on British television.

As well as appearances in Lovejoy, Soldier Soldier, Bramwell, A Touch of Frost, New Tricks, Where the Heart is and Unforgotten, he is best known for his role in Casualty.

The actor played Big Mac in the medical drama from November 2007 until June 2016.

Big Mac started out as a hospital porter, but later became a healthcare assistant instead.

A veteran of the Falklands War, Big Mac felt hugely guilty at his own survival. He was sensitive and a bit grouchy!

His storylines included his heart attack in 2012 and being held hostage in 2014.

He also stole pain medication from work and it was this that led to his eventual departure after eight and a half years on the show.

Charles continues to work in both theatre and TV and most recently starred in an episode of Shakespeare and Hathaway on BBC One.

Is Big Mac coming back to Casualty?

In 2021 it was revealed Charles would be reprising the role of Big Mac for the show’s 35th anniversary episodes.

It was just a cameo, which saw him appear in Ethan Hardy’s dream alongside ED receptionist Noel Garcia.

But when Charles was asked about a more permanent return to the wards by What to Watch, he said: “Never say never!”