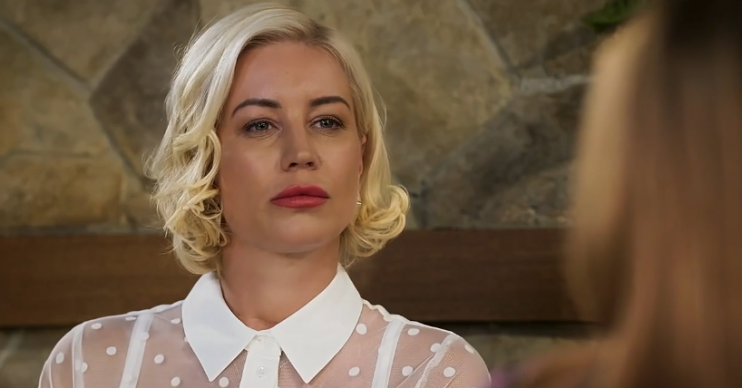 She played Prue Wallace in the Australian soap

Emmerdale might be seeing a blonde bombshell arrive in the village in the future, if actress Denise Van Outen gets her way.

The TV star, 45, has recently finished filming her brief stint on Neighbours and is now eyeing up another soap role in Emmerdale.

On Wednesday (March 18), Neighbours viewers saw Prue die a dramatic death when a bomb exploded in her car.

It’d be nice to get a little role on Emmerdale, I love Emmerdale.

Unbeknownst to Prue, unhinged Finn Kelly – determined to get revenge against Lucy Robinson – had planted a bomb in Lucy and Mark Gottlieb’s honeymoon box.

But, after several changes and switches with the promotional boxes, Prue ended up carrying the deadly box.

When driving to join Gary Canning on Pierce Greyson’s island, Prue opened the box and was killed instantly as the bomb exploded.

Now, speaking to Digital Spy, Denise has revealed she’d love to take on another soap role.

The Basildon-born singer, actress and presenter has already stepped foot in Walford as Karin Smart in 2015.

She told the website: “I really enjoyed Neighbours. I had such an amazing time with such a great cast and crew. I’d love to do more. It’d be nice to get a little guest role on another soap.

“I’d enjoy that. I had a small stint on EastEnders for five episodes as a guest, and now Neighbours.”

Eyeing up the Dales, Denise added: “It’d be nice to get a little role on Emmerdale, I love Emmerdale. I’ve got a couple of friends in it.”

Denise’s EastEnders character made her first appearance on April 9 2015, as the new love interest of Max Branning.

After sleeping with Max, she eventually revealed Karin wasn’t her real name.

Denise was recently revealed to be the silver fox on The Masked Singer after weeks of keeping the audience guessing.

Would you like to see some fresh blood in Emmerdale? Leave us a comment on our Facebook page @EntertainmentDailyFix and let us know what you think!