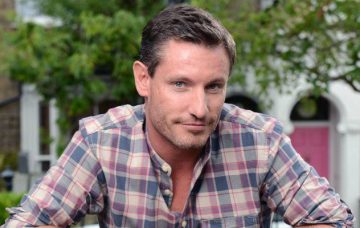 Dean Gaffney hints he will return to EastEnders after being ‘axed’

The actor was axed from his role as Robbie last year

Dean Gaffney has said he will return to EastEnders – when the time is right.

The Celebs Go Dating star was reportedly sacked from the soap last year after bosses became concerned about his behaviour.

He was quietly axed after his character Robbie went to India to visit his injured son Sami – and has not returned but that is just temporary the actor has insisted.

Dean told the Daily Star Sunday: “I had a meeting with the boss and they said, ‘The door is left open for Robbie and we will definitely see you in the future.’ .

“It will happen at some point. It’s just a case of when it happens. So I can’t complain about that.

Read more: Soap fans fear Corrie, EastEnders and Emmerdale will be shut down amid coronavirus

“It’s nice to know. It’s a bit cliched to say it, but I have been associated with that show on and off for 27 years and that’s a big chunk of my life. It’s like a family. It’s somewhere I love to be and you can’t buy that.”

When the news of Dean’s axing broke, a source told the newspaper: “Dean knows he’s made some bad decisions and he is working hard to get his life back on track.

Gaffney went on to spend time at a wellbeing retreat in Spain to give himself time to ‘reflect’ and take ‘a step in the right direction’.

Read more: EastEnders fans say Gray has gone ‘too far’ as Chantelle struggles to walk after being beaten

Do you want Robbie back in Walford? Leave us a comment on our Facebook page @EntertainmentDailyFix and let us know what you think!