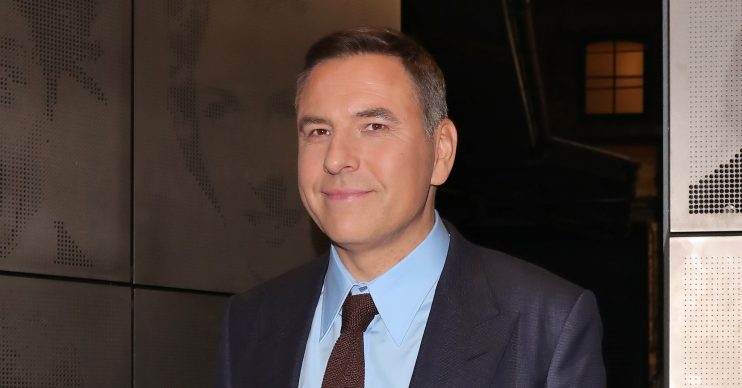 David is a Britain's Got Talent judge

The Britain’s Got Talent judge would love to follow the iconic actor’s footsteps by taking on a “really fun” part for a short stint on the cobbles.

He’s quoted by The Sun newspaper’s Bizarre TV column as saying: “If I did a soap it would have to be something similar to when Ian McKellen was in Corrie.

“For them to write a really funny character for a few weeks. Peter Kay was also in Corrie. I’m a big fan.”

Back in 2005, McKellen portrayed conman ‘author’ Mel, aka Lionel Hipkis in 10 episodes, while Kay played a shopfitter in 1997 before returning as a drayman in 2004.

David, 48, insisted he would never dismiss the soap world, as he heaped praise on the talented cast and crew involved in making the likes of Corrie.

He added: “Soaps are great if you are starting out, as it’s an amazing training ground, or if you are later on in your career and guaranteed work for 10 years or so.

“I wouldn’t turn my nose up. They have great actors, writers and directors.”

His comments come after the Little Britain star recently hinted he and Matt Lucas will be working on a return for the classic BBC sketch show, which ran from 2003 to 2005, with a BBC Radio 4 comeback in October last year.

He said: “I would say there will definitely be some more Little Britain coming. I can’t say when exactly but at the right time and place.

“It was fun coming back for radio because that’s where we started. We had to put it together quite quickly as it was about Brexit.

LITTLE BRITAIN is back tonight! We did a one-off special episode for BBC Radio 4 called #LittleBrexit – tune in at 6.30pm or listen on the BBC Sounds app

“Plus no one expected us to come back on the radio. You would have expected Comic Relief or a big live tour. The reaction was great, which was encouraging.”

It’s also been reported David could bring the programme back for a skit to open next week’s National Television Awards.