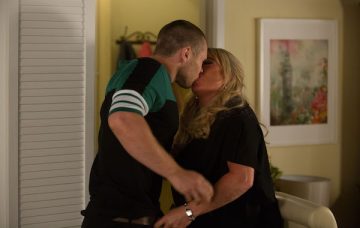 The Walford actor spills the beans

Things might be hotting up between Keanu Taylor and Sharon Mitchell as their affair takes hold, but EastEnders star Danny Walters, who plays lusty Keanu, has admitted the scenes can be tricky to film.

With Sharon’s husband, Phil, away in Spain, the path has been left clear for Sharon and Keanu to get it on.

And before you know it, the pair were jumping into bed with each other.