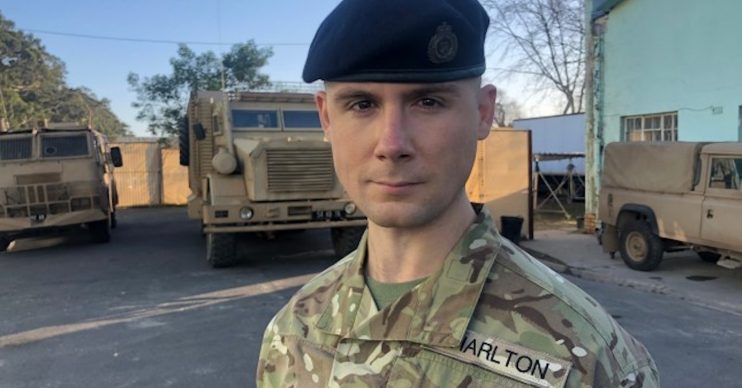 Who is Our Girl star Danny Hatchard, why did he leave EastEnders and does he have a girlfriend?

Danny Hatchard has teamed up with Michelle Keegan on the new series of Our Girl. But who does he play, will he ever return to EastEnders and does he have a girlfriend? Here’s everything you need to know… View this post on Instagram Today’s the day. 9pm on BBC one. • • • • • • • […]

Danny Hatchard has teamed up with Michelle Keegan on the new series of Our Girl.

But who does he play, will he ever return to EastEnders and does he have a girlfriend? Here’s everything you need to know…

When is Danny Hatchard in Our Girl?

Danny will make his debut as Private Rhett ‘Cheese’ Charlton in Our Girl tonight (April 14).

Awkwardly, when Cheese joins 2 Section, not everyone will be pleased to see him.

It turns out one of the other soldiers has history with Cheese – a history they’d rather forget.

Show bosses haven’t yet revealed which character he has the connection with but they did hint that trouble’s ahead.

“He’s prone to pushing jokes too far, which will have dangerous consequences across the series,” producers said.

“Cheese is not short of swagger and always has a practical joke up his sleeve.

“But behind the banter lies a darker side and it soon becomes clear that Cheese’s manipulative edge is never far from the surface.”

What has Danny Hatchard said about joining Our Girl?

Danny was delighted to tell fans he was joining the cast of Our Girl.

He said: “I’m buzzing to be joining the iconic 2 Section.

“Our Girl has always done a fantastic job representing our British troops, so I can’t wait to help tell more really cool stories.”

Taking to Instagram a few hours before his debut, the star shared a picture of himself in character.

He captioned the picture: “Today’s the day. 9pm on BBC one.”

Will Danny Hatchard return to EastEnders?

Danny joined EastEnders in 2014 as Lee Carter before leaving in 2017.

He made a brief return over Christmas and was excited to be back on set.

“I will always be loyal to the Carter Clan and the show, and am very excited to be back on set with some immensely talented people whom I love dearly,” he said at the time.

BBC bosses haven’t confirmed if he’ll be making another comeback but the door has been left open.

Why did Danny Hatchard leave EastEnders?

Danny left EastEnders after producer Sean O’Connor, who has since left, failed to renew his contract.

He was one of seven stars to be axed from the soap that year after Ronnie and Roxie were dramatically killed off.

At the time, Danny admitted he was disappointed with his character’s exit.

Speaking to the Mirror, he explained that Lee’s mental health storyline was “a little brushed off”.

However, commenting not the decision, he added: “I had to respect that, just in terms of how my storyline came to an end.”

Does Danny Hatchard have a girlfriend?

It appears as though Danny is currently single.

He hasn’t publicly discussed his love life or posted any telling pictures on social media at all.

In fact, the last time he referenced ever having a girlfriend on Twitter was way back in 2013.