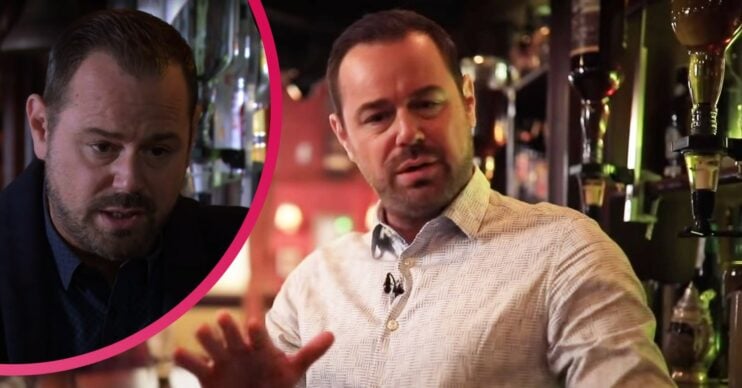 The truth behind Danny Dyer quitting EastEnders after eight years as Mick Carter?

He made his Walford debut on Christmas Day 2013

EastEnders star Danny Dyer has quit the BBC One soap after eight years as Mick Carter, according to a report.

A “huge storyline” is said to be in the works for actor Danny’s departure from Walford later in 2022.

But while the 44-year-old reportedly hopes the door will be left open for a possible return in the future, reports suggest he is leaving for a job on another channel away from the BBC.

Danny Dyer quits EastEnders: Why is he leaving?

According to the Sunday Mirror, Danny has been poached by Sky for a new drama.

He is reportedly in line for a deal worth six figures. The tabloid speculates that this may be less than his current package with the BBC.

However, leaving the BBC would mean he is free to consider other offers – which he hasn’t been able to do while playing Mick.

He has, however, hosted game show The Wall for the Beeb during his time playing Mick.

A source claimed: “Danny has offers coming in left right and centre, and a lot of the things he has wanted to do he can’t because EastEnders have such strict rules about what he can and can’t do.”

‘Ready for a change’

The insider also claimed Danny has found the rules frustrating – but also found the decision to quit tough, too.

A friend of Danny’s also claimed he feels it is time to give the character of Mick a rest.

Danny has offers coming in left right and centre.

But the original source also suggested BBC producers were “desperate” to retain their top star. Nonetheless, it is claimed Sky’s offer was one Danny ‘couldn’t refuse’.

The tabloid also claims Danny’s departure has created a lot of tension, particularly as viewing figures have apparently tumbled since the show’s peak.

What’s the word from EastEnders?

An EastEnders spokesman told the tabloid: “Danny will be leaving EastEnders when his contract comes to an end later this year.

“However we won’t be saying goodbye just yet as there’s still quite some time – and plenty of explosive drama for Mick – to come before he departs Walford.”

Danny was first offered a role in EastEnders in 2009. But he turned the opportunity down, insisting he wouldn’t join the cast until he was “fat, bald and 50”.

He won the Serial Drama Performance award at the National Television Awards in 2015, 2016 and 2019 for his performances.