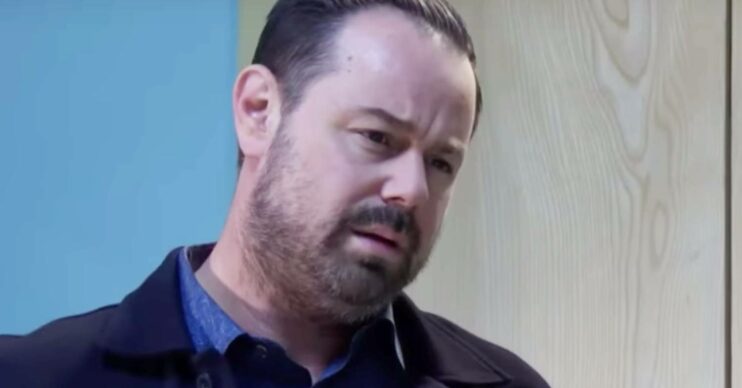 He doesn't want door left open for a Walford return

Danny Dyer hopes his EastEnders exit will involve his character Mick Carter getting killed off in a Christmas storyline.

The soap actor revealed on the red carpet at Saturday (June 11) evening’s British Soap Awards he doesn’t want to leave the door open for a Walford return in the future.

Danny, 44, also admitted he hopes his departure will prove a “shock” to fans, even though show bosses are yet to decide on Mick’s fate.

Danny Dyer on his EastEnders exit

Speaking to the Mirror, Danny – who has been in the EastEnders cast since 2013 – noted he’s looking forward to an “epic” farewell.

The Queen Vic fave also promised his final plot would be a “dark” one.

Danny also told the tabloid he would be “going out” at Christmas, having also made his debut during festive episodes.

However, it seems Danny is determined Mick should be written out entirely when he moves on.

‘A full stop for Mick’

Danny said: “I would like to put a full stop on it for sure.

“It’s all up in the air but I want it to be huge and epic and I want people to be talking about a certain subject that I think’s very important and with our platform and we get it right, it reaches a lot of people.

“So I want to go out in a way that gets people debating. It’s important and I think it’s going to be a shock.”

I think it’s going to be a shock.

He also admitted that an ultimate decision about Mick’s future had not yet been confirmed.

But he maintained he doesn’t see a way for Mick to make it out of Albert Square alive.

“We’re still debating it but I’m hoping I get my way,” Danny added.