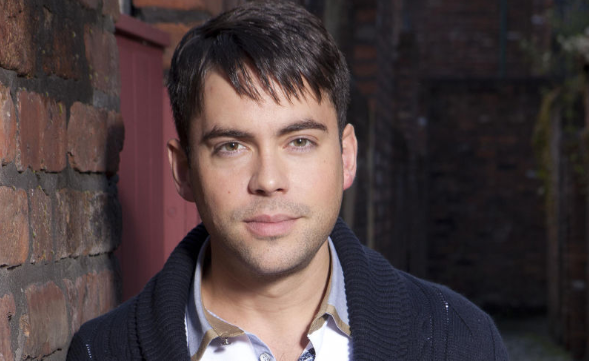 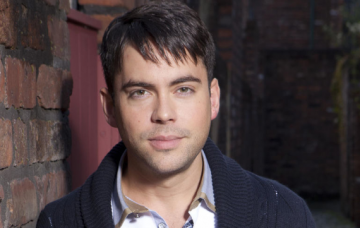 It would be a miracle!

Soap fans often hope for Christmas miracles for their favourite shows, and this year Coronation Street viewers are no different.

Over on the soap forum on Digital Spy, the fans are calling for the return of Todd Grimshaw this festive season.

His alter-ego was hurriedly written out, going on the run with adopted daughter Summer to stop her grandmother taking her away.

When the police tracked him down, Todd assaulted one of the officers, then ran away. Summer, partner Billy, and his mum Eileen haven’t heard from him since. Not even when poor Eileen was being tormented by her evil husband Pat Phelan.

And the fans aren’t buying it!

They reckon that Todd wouldn’t have disappeared without a trace and maybe the viewers will soon find out the truth.

“Perhaps over Christmas we’ll find out Billy and Eileen have been in contact with him all along,” mused one Digital Spy reader. “It’s the only thing that would make any senses to me (or he’s been kidnapped by aliens).” 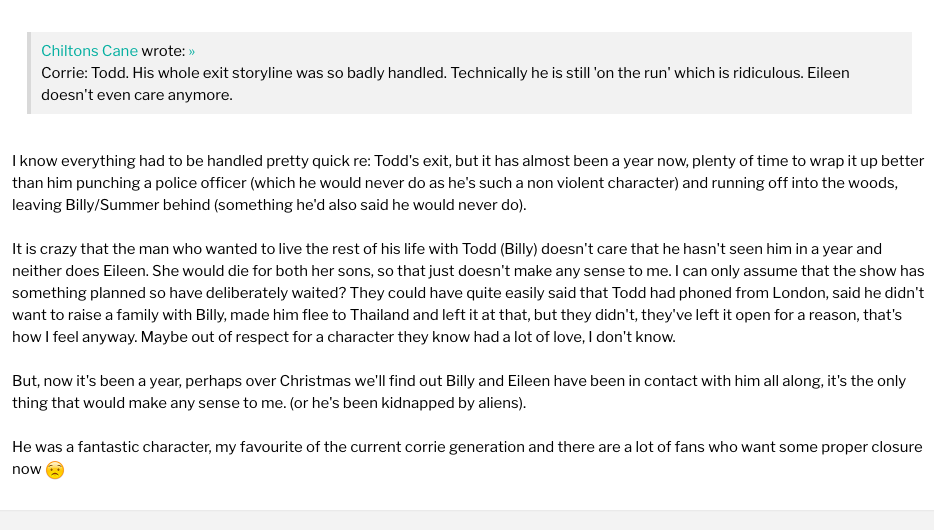 “Todd was happy with Billy and Summer,” the viewer pointed out. “There is no way in reality he would have left and never been in contact.”

Over on Twitter, fans were discussing the same issue.

“It’s been nearly a year and not even Todd’s mum cares where he is!” said one viewer. “Unless they’ve all known all along.” 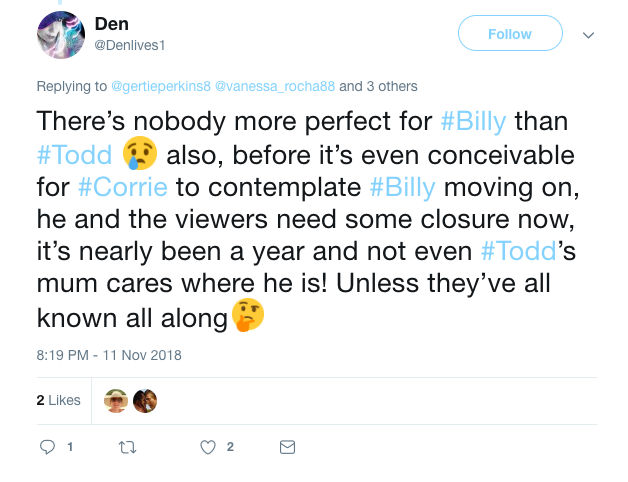 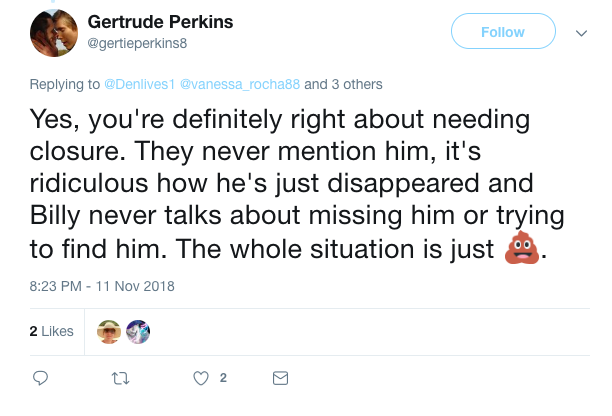 A spokesperson from Coronation Street said they didn’t comment on storyline speculation but added that Todd’s return wasn’t being discussed.

But it seems the demand for an explanation about Todd’s exit isn’t going to go away any time soon.

Do you think Todd should return to the Street? Let us know by commenting on our Facebook page @EntertainmentDailyFix!