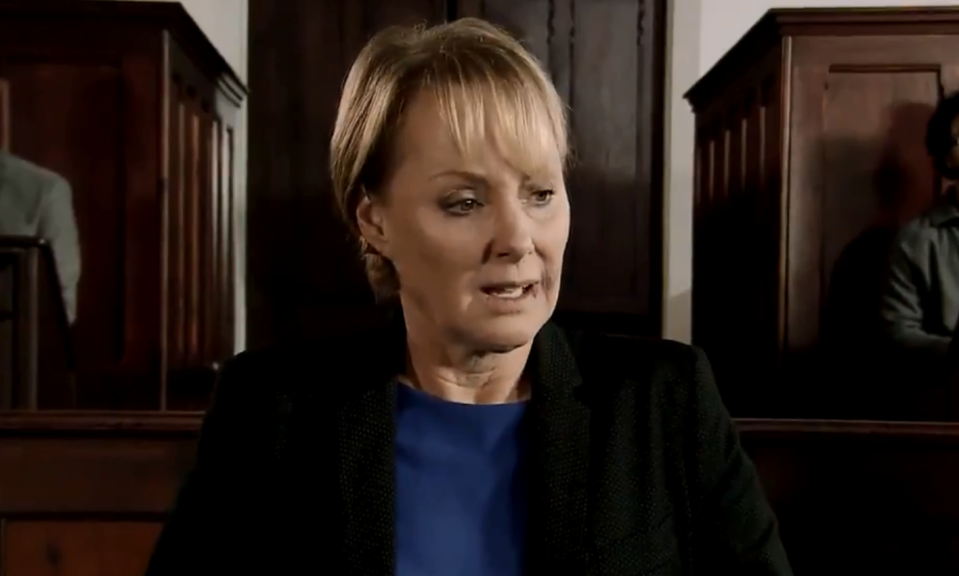 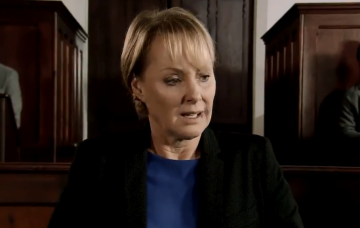 Corrie’s Sally to be saved from jail by unlikely Weatherfield resident?

She hasn't got many people on her side at the moment...

Coronation Street’s Sally Metcalfe has been sentenced to a shocking four years in jail for a crime she is innocent of.

After dramatic scenes shown last night (Wednesday 28 November), Corrie fans were left raging as a sobbing Sally was led away from the dock.

But will she really be forced to serve four years in jail – or will she be able to prove her innocence?

In fact, the very man who helped put her away in the first place!

Step forward solicitor Imran Habeeb, who surprised Weatherfield residents when he agreed to represent Duncan at the beginning of the trial all those months ago.

He has clearly struggled with his moral conscience during the trial and, after Sally’s shock sentencing, he has been left with a bad taste in his mouth.

Delivering his verdict, the judge said: “As Mayor of Weatherfield, a community placed its trust in you to act honourably and honestly on its behalf. You betrayed that trust and have been found guilty of bribery, fraud and money laundering.

In another blow, Sally will have to pay Duncan’s fees as he “has no assets”…

Something Imran felt deeply unsettled by.

Heading back to the office he shares with Adam Barlow, a troubled Imran told his friend he’d made Sally’s sentencing “possible” and revealed he “should never have taken on the case”.

He said: “[Duncan] said he got off lightly. Is that the kind of thing you would say if you were coerced into committing a crime?

“Wouldn’t you feel like justice had been done or angry that you’d been put through it at all?”

When Adam tried to reassure him that he hadn’t been judge and jury, Imran replied: “But I did make it possible.

“You were right, I should never have taken this case on.”

He also admitted he didn’t feel like celebrating the ‘win’.

Does this mean Imran’s conscience will get the better of him and persuade him to do the right thing and help Sally?

Do you agree with Imran, should he have turned down Duncan's case?#Corrie #Imran #Adam #Sally pic.twitter.com/H2lGqEEd9t

One fan tweeted: “I hope he finds something on Duncan.”

Another added: “He should come clean that he knows Sally is innocent.”

A third said: “It is late to feel sorry #Imran unless #Adam & you are going dish the dirt on the thieving rat #Duncan to free #Sally.”

If imran had any conscience hed turn against Duncan #corrie

Hope Imran comes to his senses now and launches an attack on Duncan! He's the hero Sally needs now! 😂 #corrie

Could Imran and Paula team up to prove Sally’s innocence? 🤔 That could be quite good. #Corrie

“Could Imran and Paula team up to prove Sally’s innocence?  That could be quite good,” suggested another.

“Hope Imran comes to his senses now and launches an attack on Duncan! He’s the hero Sally needs now!” said yet another.

And we think they are on to something… Watch this space!

Do you think Imran will come to Sally’s rescue? Leave us a comment on our Facebook page @EntertainmentDailyFix and let us know what you think!