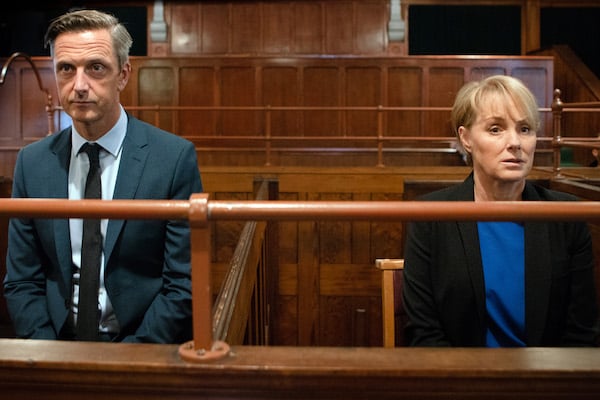 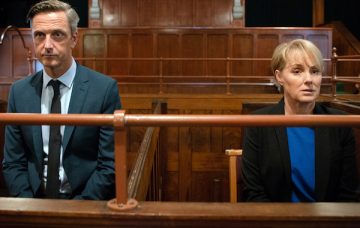 Actress speaks out ahead of Sally's trial next week

With Sally Metcalfe’s pre-trial hearing set to take place next week, it looks like her nightmares about going to prison could become a reality when a huge twist lands her in even more trouble than ever.

After being framed by devilish Duncan Radfield for stealing £40,000 of charity money, it looks like Sally’s life as she knows it could be over.

And when she calls a witness from the prosecution who she used to work with, she ends up in more trouble than ever when she tries to talk her friend out of testifying against her.

But as Corrie’s Sally Dynevor has revealed to radiotimes.com, her character’s innocence isn’t necessarily going to be her ‘get out of jail free’ card…

“Sally knows she’s done nothing wrong and is an upstanding mender of the community, and at this point she honestly believes it is all going to be absolutely fine.”

But when Sally catches her solicitor friend, Paula, getting steamy with her daughter Sophie, she bans them both from the court room and decides to represent herself.

“Sally is really angry on lots of levels, firstly she feels Paula hasn’t been truthful to her, and secondly that she hasn’t been pulling her weight on the case because she has been secretly seducing Sophie!

“It is the worst possible timing but Sally is convinced she doesn’t need Paula in court. She just wants to get through the day and believes it will be over by the evening.”

But when things start to go from bad to worse in court, Sally’s fears about going to jail start to look like that could actually become a reality.

But when asked, the actress didn’t seem to mind the fact her character could soon be behind bars…

“Actually, I’m really excited about seeing her outside her comfort zone and seeing how that affects her.

“She will no doubt make some enemies and try to make a difference. Sally is never going to sit back and do nothing.

Read more: Six soap storylines that should NEVER have happened

“I’m loving this storyline, it is different as it’s not a romance or affair. It might be up there as one of my favourite things in all my time here.”

Coronation Street airs these scenes from Monday 17 September on ITV.

Do you think Sally will go to jail? Leave us a comment on our Facebook page @EntertainmentDailyFix and let us know what you think!