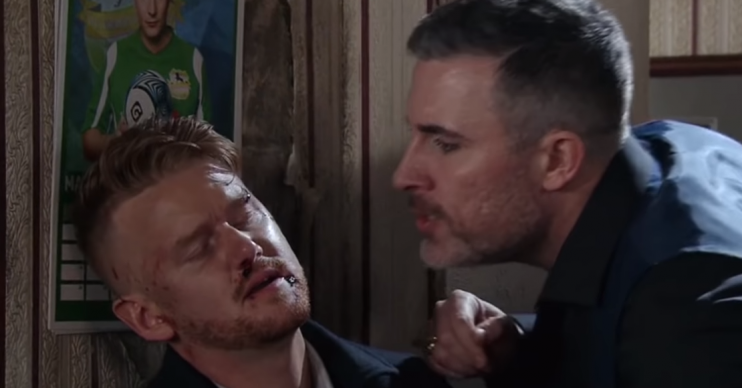 They're going to force Gary back to the dark side

It seems Coronation Street might be bringing back some former villains for Gary Windass.

Actor Mikey North has revealed the evil builder will try to go on the straight and narrow after the horror events of Christmas, but it won’t last.

Speaking to journalists at a recent press day Mikey told Digital Spy: “Without giving too much away, after Christmas Day, Gary is going to start feeling bad.

“He tries to get back to the old Gary, but a couple of things are going to happen that will probably end up drawing him back to the dark side.

“Gary does go back to the straight and narrow for a little bit, which is nice to start doing, actually.”

However, it won’t be long until evil Gary returns with Mikey explaining that he thinks “we’re going to get back to this current Gary, so we haven’t seen the last of it”.

And there will be some surprising returns of old villains to drag Gary back to the dark side.

Mikey said “some characters from Gary’s past are going to come back very soon too, and bring him back to the dark side”.

Gary has been responsible for the Underworld roof collapse which led to the tragic death of Rana Habeeb on her wedding day to Kate Connor.

He also brutally murdered loan shark Rick Neelan when he tried to kill him in the woods but could Rick have survived?

Gary’s reign of terror has included blackmailing Derek Milligan into being the frontman for the revived Underworld while secretly scamming the workers into paying him rent.

But Mikey has insisted that Gary will not become a serial killer – despite the number of deaths he’s to blame for growing.

That hasn’t stopped Mikey being nervous about the change for Gary, adding he believes it’s “pressure, but hopefully he hasn’t gone past the point of being redeemable yet”.

Who do you think will return from Gary’s past? Leave us a comment on our Facebook page @EntertainmentDailyFix and let us know what you think!