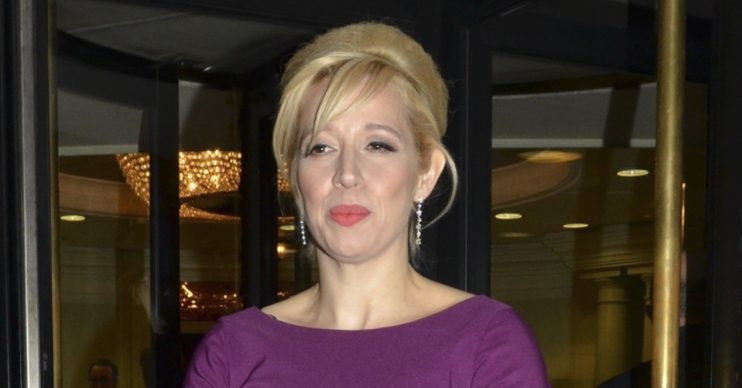 However, she has become better known these days as the manager for her son’s career.

Or should we say sons as Julie’s youngest has also just won a role in a Hollywood film.

Why did Katy Cavanagh quit Corrie?

Katy quit after it became clear her son Noah Jupe was headed for superstardom.

Sacrificing her own successful career, she moved to Hollywood after Noah turned roles on Downton Abbey and The Night Manager into lead roles in films like Wonder.

Last year he played a major role in the Nicole Kidman series The Undoing.

But he’s not the only film star Katy has raised – her youngest son Jacobi, seven, is following in his brother’s footsteps.

Katy manages both her sons’ careers

Noah recently spoke about the importance of his mum being involved in his career.

He told the Independent: “I feel like this world, or Hollywood or whatever you want to call it, is dangerous.

“The biggest thing that I took away from all of that is keeping your inner circle as close as possible, and to have people [around you] that have your best interests at heart, that care for you and want to protect you.

“It’s a crazy world out there, and it’s an equally if not more crazy world in Hollywood or in the movie industry. So to have that close circle of people that I trust, my family or my close friends, is very important.”

How did fans react to Noah’s family ties?

Last year fans were stunned to realise Noah was in The Undoing and who his mum is.

He played Henry Fraser in the glossy whodunnit.

It wasn’t long before fans took to Twitter to express their astonishment at the piece of trivia.

A second said: “A crazy twist in The Undoing is that Noah Jupe, who plays the son, was born in London and is somehow the only one with a convincing accent.”