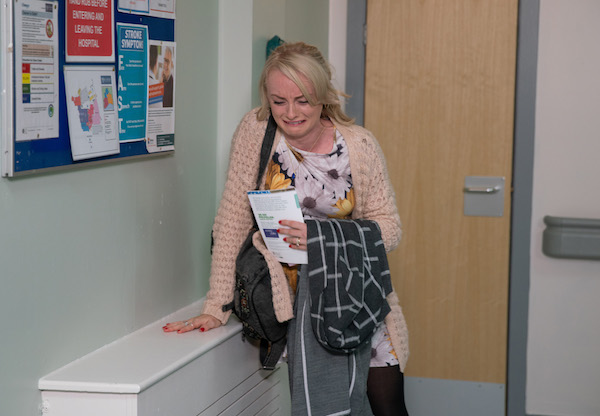 It's not going to be wrapped up quickly

Katie McGlynn is grateful for such a huge Coronation Street storyline because it’s “been such a while” since she had to play out a serious plot.

The 25-year-old star has portrayed “ditsy” Sinead Osbourne for five years but admits apart from a couple of hard-hitting stories she has mostly had to portray the “silly and daft” day-to-day goings on of her pregnant character, who has been rocked by a cervical cancer diagnosis.

When asked if it is difficult to get back into a serious storyline, she said: “It has been a while… I think this is my sixth year in Corrie and I’ve just been playing a ditsy character for so long.

“We’ve had the crash, we’ve had the abortion, but other than that it’s just like a silly, daft character, which is fun but it’s just been such a while since I’ve had to put myself in those shoes.

“I had quite a lot of serious storylines when I did Waterloo Road, but I’m just trying to image being in her shoes.”

Katie’s scripts have been so hard-hitting, she has found herself getting emotional while learning her lines.

Appearing on Lorraine, she added: “When I’ve read some of the scenes I was just getting emotional straight away.

And speaking to Carol Vorderman, guest host of the show, she explained the heartbreaking storyline will run and run.

“Daniel finds out all the secrets, that Ken and Sinead have been lying to him, that Sinead is pregnant and has cancer,” she said.

“I know that the storyline is going to be well into next year. We’ve got a long way to go.”

“Some actors use past experiences to make them upset, to get them to that level and sometimes you can do that… but in this I’ve just tried to morph into Sinead’s shoes on set.”

The former Waterloo Road star recently admitted it had “never occurred” to her that “younger people” could get cancer until her latest ‘Coronation Street’ storyline.

She told BANG Showbiz: “Until I found out about the storyline it never even occurred to me.

“As soon as someone said cancer I just assumed older people and not younger people, for a start, and then young women who are pregnant.

“It just never occurred to me people have had to go through this heart-breaking decision of your baby, the treatment that’s involved with it. Especially with cervical cancer.

“If you have the treatment or a termination you can’t have kids again.”

Are you pleased Coronation Street is covering this important subject? Leave us a comment on our Facebook page @EntertainmentDailyFix and let us know what you think.