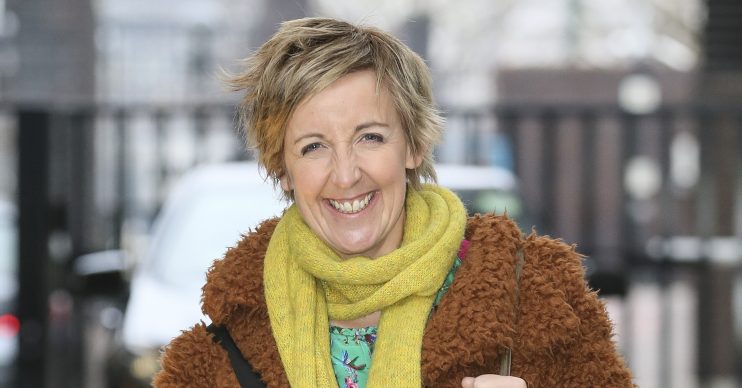 Also says one fan has a Hayley tattoo!

You may think that playing one of Corrie’s most popular characters for 16 years would make Julie Hesmondhalgh easy to recognise.

But the actress, 49, has revealed that she often gets mistaken for a woman working in her local bank.

Julie played transgender Hayley Cropper from 1998 to 2014, and has revealed that she’s often recognised, with people convinced they know her.

People come up to me on the street, then ­apologise, saying, ‘Oh, sorry, I thought I knew you’.

Speaking to The Mirror, she said: “People come up to me on the street, then ­apologise, saying, ‘Oh, sorry, I thought I knew you’.

“I get a lot of mistaken identity. ‘Did you used to teach at the school?’ ‘Do you work in the TSB?'”

Julie, who has starred in Moving On, Happy Valley, Doctor Who and Broadchurch since she left the cobbles of Weatherfield, also revealed the lengths some fans have gone to in honouring Hayley, even though she has lived in the same terraced house in Manchester with her husband and two children for 16 years.

“Somebody sent me a picture of a Hayley tattoo,” she recounts.

“Of all the things to do. I was chuffed to bits, to be honest. It was on their calf. A brilliant likeness, absolutely superb.

“People are absolutely crazy about the show. There’s a definite warmth about Corrie, for sure.”

Always a soap to push the boundaries, Corrie still continues to court controversy with some of its storylines.

A rifle-carrying Derek Milligan will fight with Gary Windass and leave at least one cobbles resident dead.

Iain said: “I’m aware that the presence of firearms on the Street is a controversial one – it isn’t a decision we took lightly but I just felt there was an interesting side avenue to what Gary had been doing that hadn’t been explored yet.”