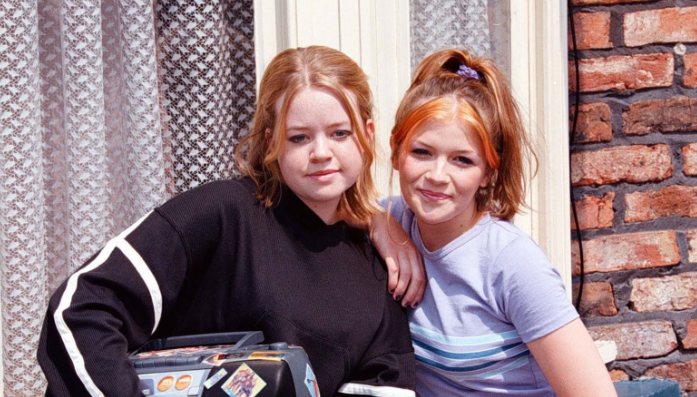 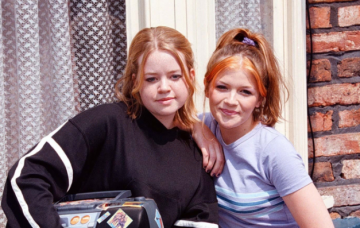 Jane Danson and Georgia Taylor joined Lorraine for a chat

Coronation Street star Georgia Taylor has said she would never have returned to the soap if it had not been for her on-screen sister Jane Danson.

The actresses first arrived on the cobbles as Toyah and Leanne Battersby respectively 21 years ago.

Jane told ITV’s Lorraine: “From the start, it kind of went off with a bit of a bang and it’s carried on ever since… [It was] life changing for us, amazing.

“It doesn’t feel like work when you’ve your best friend next to you.

“We know each other so well it’s just easy, if one of us is upset about something the other picks the other one up.

Catch me and my lovely sis @RealJaneDanson having a good old natter with @reallorraine talking all things #Corrie and 21 years of the Battersbys! On just after 9a.m xx pic.twitter.com/Mc446sHXeT

Georgia, who returned to the soap in 2016 after departing in 2003, said Danson was a crucial part of her decision to go back to Weatherfield.

“I knew I had my pal there and that it was going to be fine. My first day back was bed scenes with Chris Gascoyne (who plays Peter Barlow), that was my first day in a hotel in Manchester just in bed with Chris all day!

The duo are now involved in a new plotline together, where they both fall for the same man.

Jane said: “It’s quite fun. They both don’t know that they are seeing him at the same time.

Who should Imran choose? Leave us a comment on our Facebook page @EntertainmentDailyFix and let us know what you think!