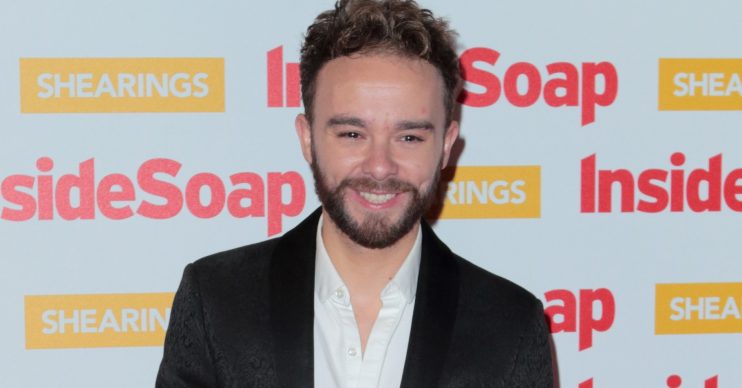 Corrie’s Jack P. Shepherd reveals the truth behind the pints in the Rovers Return

The 31-year-old actor – who plays David Platt on the ITV show – has revealed some secrets about the soap’s pub scenes, admitting the beer bottles are filled with water and the pints are made up of low-alcohol beer Kaliber.

In response to a Twitter user who tweeted him to say his character is “a big Newton and Ridley pilsner head”, in reference to the soap’s fictional brewery, he replied: “Because in those bottles it’s actually water.

“And in the pints it’s a shandy/Kaliber mix… and tastes like [bleep].”

However, things could be far worse for cobbles stars as Peaky Blinders actor Liam Tulley revealed the BBC drama’s fake beers taste like “absolute [bleep]” and are made up of egg whites, soda and cold tea.

In response to Jack, he wrote: “In Peaky Blinders we had cold tea, soda and egg whites on top. Absolute [bleep].”

Fortunately for Liam he didn’t have to sink too many of the tea-filled beverages.

He wrote: “Only had to sip it a couple of times but it wasn’t nice (sic)”

Jack recently called for a Costa Coffee machine to be installed in the Coronation Street canteen, after the soap signed a sponsorship deal with the chain.

He wrote on Twitter: “Hey Costa Coffee, seeing as though there’s a Costa on Coronation Street, what are the chances of getting a Costa machine in the canteen? Just throwing it out there…. please. We would love you forever.”

Costa then replied telling Jack he would have to ask his boss, series producer Iain MacLeod, about the possibility of a machine being installed.

LOL!! Need to speak to your boss about that Jack! – Natalie

They wrote: “LOL!! Need to speak to your boss about that Jack! – Natalie (sic)”

Jack then claimed he had squared the idea with the Iain, and admitted he gets thirsty on set all day.

He wrote: “Yeah I’ve spoken to him, he said that’s fine, we’ve made space so I’ll meet you in reception? I’m in the bistro all day and I’m parched.”