Former Coronation Street star Helen Flanagan has shared a sweet clip of her three-year-old daughter singing as they returned home from a family holiday to Dubai.

The video shows Matilda, who turns four later this month, dancing around in the aisle on an aeroplane as she belts out a Disney tune. 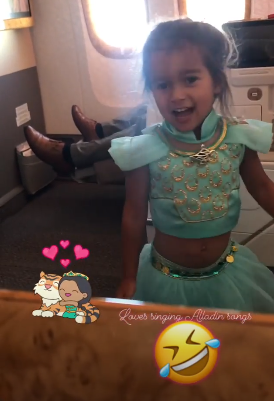 They were returning from a holiday (Credit: @hjgflanagan Instagram)

Helen, 28, wrote alongside the clip on her Instagram Stories, "Loves singing Aladdin songs" with a laughing-crying emoji.

Matilda, who is Helen's first child with footballer partner Scott Sinclair, can be seen wearing the outfit worn by Jasmine in the film Aladdin, which returned to the big screen this year with a live-action cast. 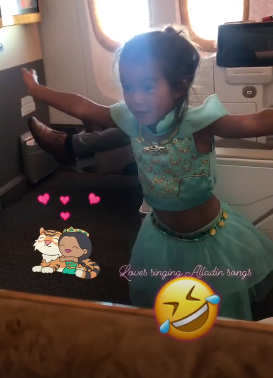 While they were away, Helen melted hearts with a snap of herself and the youngster sharing a kiss in matching swimwear.

She told her followers she couldn't believe Matilda turns four at the end of June and admitted she is "so proud of her".

She captioned the photo: "Can't believe my little girl Matilda is going to be four this month.

"Just booked a little trip for just us at the end of the year. Love just having time with Matilda on my own x love her so much and so proud of her."

Helen and fiancé Scott, who plays for Scottish side Celtic, also have an 11-month-old daughter called Delilah.

The tot made her TV debut last year with her mum on Lorraine, when Helen talked about her plans to marry Scott and being a mum to two young girls.

She said on the programme that Delilah had been "such a good baby" and Matilda had been a great big sister. 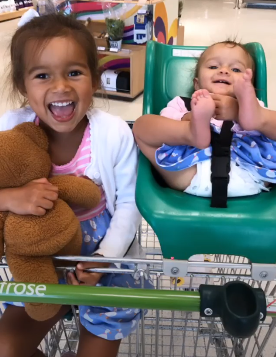 Helen is best known as Coronation Street's Rosie Webster, a role she played since joining the cast aged 10 in 2000.

She left in 2018 to give birth to Delilah, but has since said she would "definitely" be returning to the cobbles.