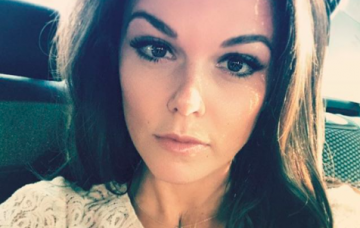 The soap star recently split up with Gareth Gates

Coronation Street star Faye Brookes has pulled out of I’m A Celebrity… Get Me Out Of Here!

According to reports, the soap star was due to take part in this year’s series of the ITV show, but changed her mind at the last minute.

Faye, who plays Kate Connor in ITV soap Corrie, was tipped to be heading Down Under but is said to be too heartbroken.

The couple confirmed they had parted ways in September, just weeks before the soap star would have jetted to Australia.

The Sun says Faye was approached to take part in I’m A Celebrity… after the success of fellow Corrie star Jennie McAlpine on the 2017 series.

However she was thought to be up against Shayne Ward and Katie McGlynn for a spot, with ITV only keen to sign one Corrie star this year.

The pair, who met while co-starring in Legally Blonde: The Musical, each wrote: “Unfortunately [we] are choosing to take some time apart. We remain the very best of friends. We’d like to thank you for all your support over the years.”

At the time, a spokesperson for Gareth told The Sun that neither Gareth nor Faye had any plans to discuss the intricacies of their relationship and suggested it may not be over for good.

“At this time they don’t wish to disclose the personal reasons why,” said Gareth’s rep.

Since then, Faye has posted a string of motivational and inspirational quotes to Instagram Stories.

One read: “You are enough. You matter. You are unique. You are loved. You are worthy. You are beautiful. You are divine.”

Which soap star would you most like to see in the jungle? Leave us a comment on our Facebook page @EntertainmentDailyFix and let us know what you think!