But the actress, 31, has attempted to put her painful split with Gareth Gates behind her by partying at Manchester's Pride. 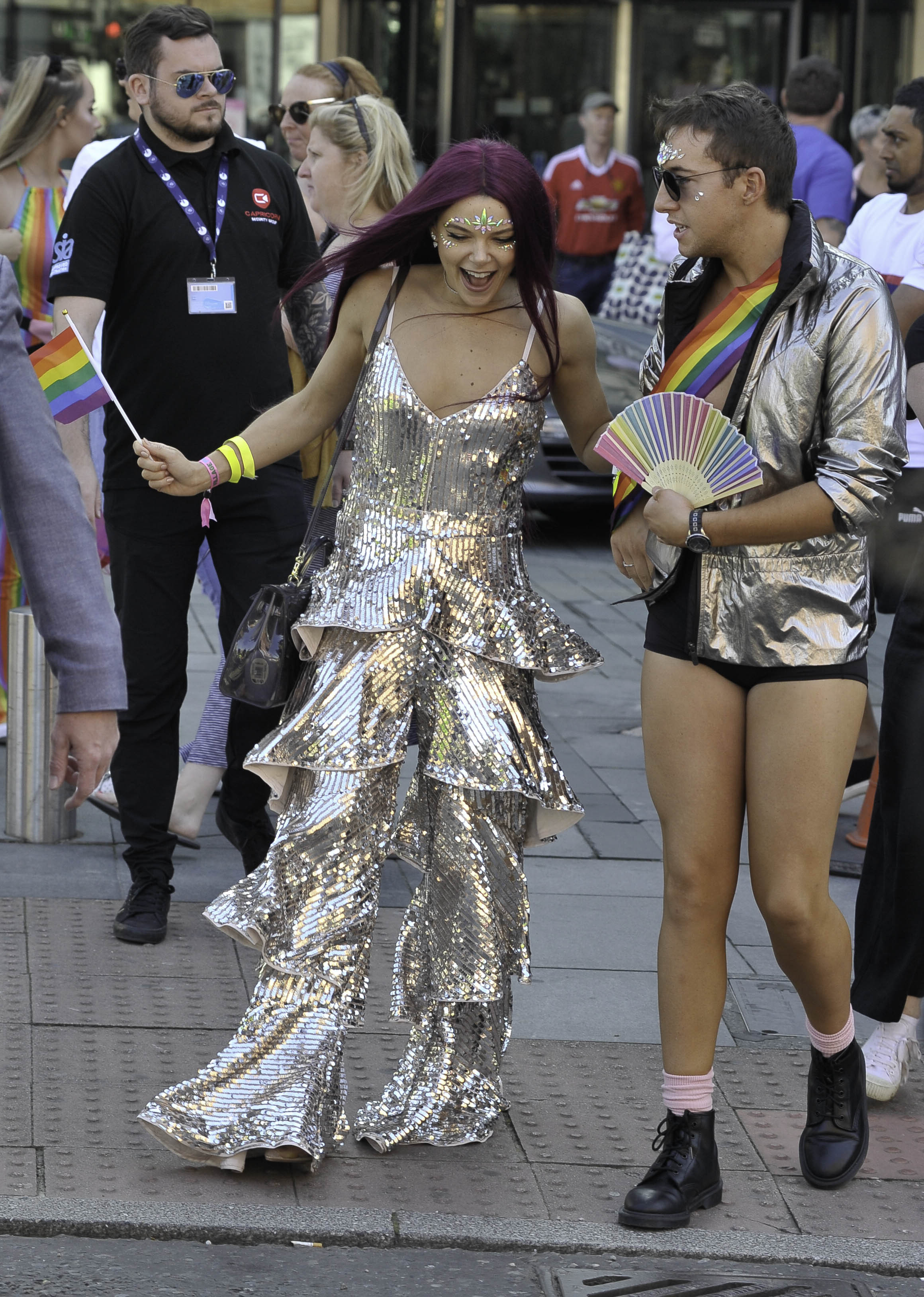 The star donned a long purple wig and sequinned silver jump suit as well as applying glitter to her face.

She joined other Corrie stars on their float for the parade. 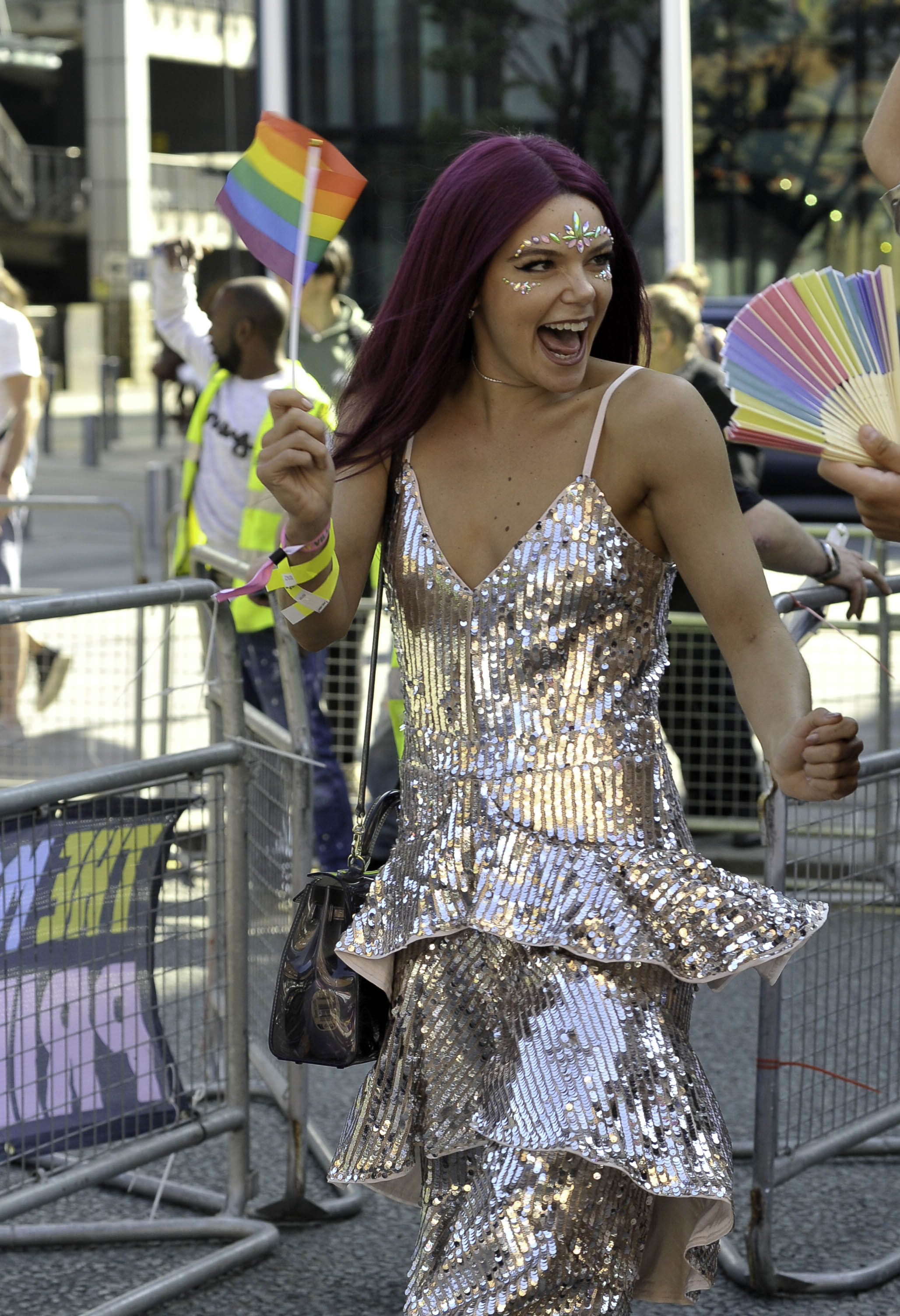 Faye quit Corrie to concentrate on her wedding to Gareth.

The couple had a seven-year on/off relationship before getting engaged in January and it was recently claimed they had tried their best to "make it work" between them but ultimately decided just to be friends.

Now Faye has been pictured with many of her former Corrie colleagues having a ball at the annual LGBT celebration in Manchester's city centre. 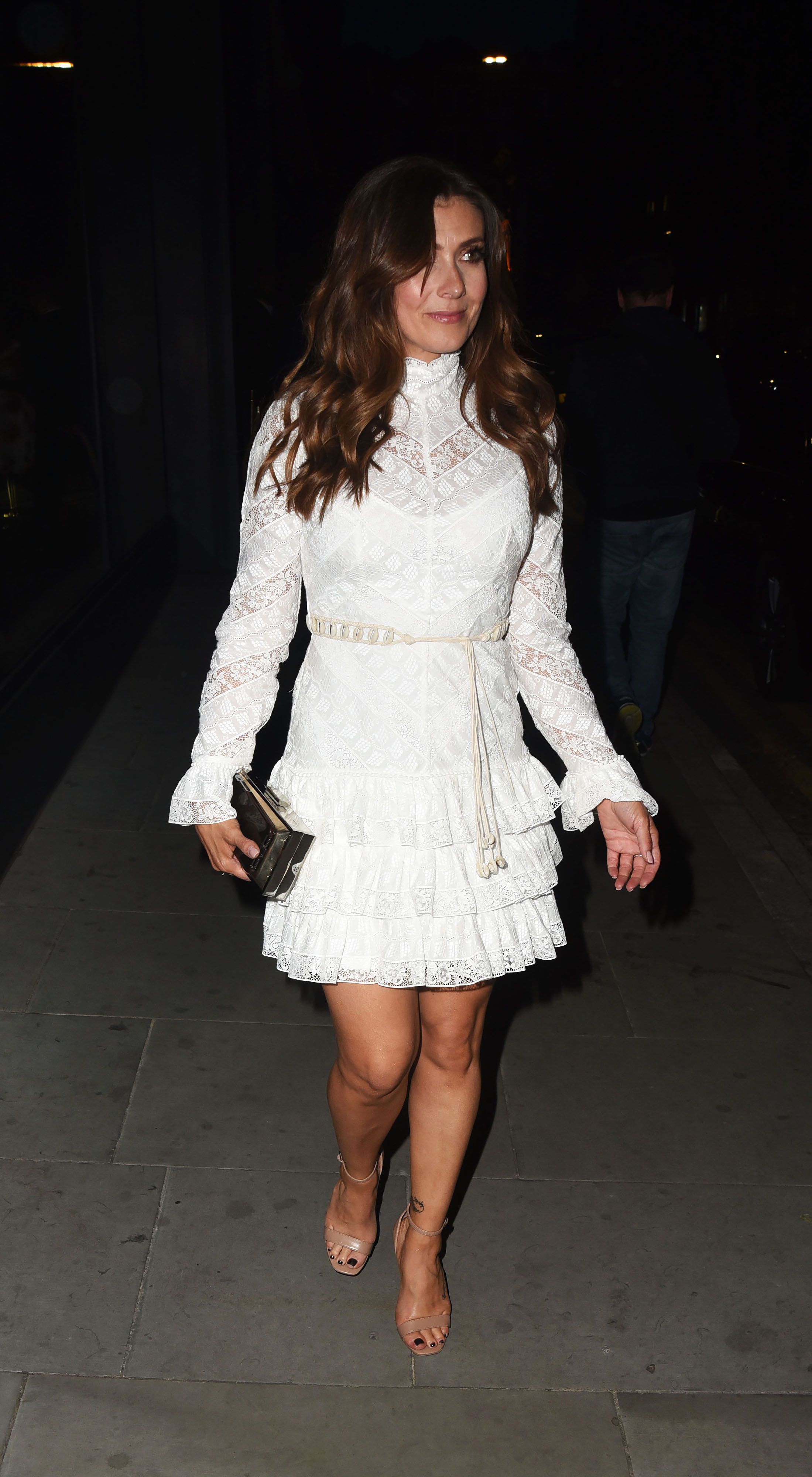 Kym came out in support of Faye (Credit: Alucard / SplashNews.com)

Earlier this month, friend and ex-Corrie colleague Kym Marsh said she thinks it's better the pair made a "brave" decision to call off their wedding rather than end things further down the line.

Writing in her column for OK! magazine, she said: "I sent Faye a text to let her know I'm thinking of her and I said I hoped she was doing OK.

"As sad as it is, it's better to split before walking down the aisle with someone than marrying someone knowing it's not the right thing to do.

"Sometimes the bravest and best thing you can do is walk away from the relationship."