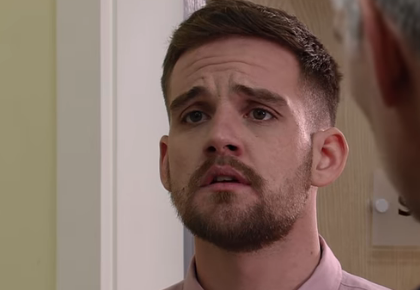 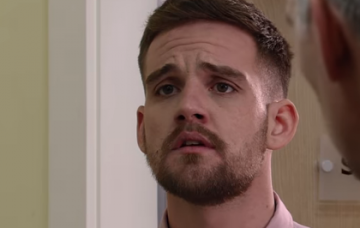 Some fans have predicted the troubled son of Michelle Connor could completely fall apart after helping Ronan die and replace Pat Phelan as the show’s resident psychopath.

But it seems the 27-year-old has no desire to become the soap’s new big baddie, even though he admits he is waiting to hear how his character might develop after recent traumatic experiences.

Speaking to Digital Spy at last night’s Inside Soap Awards, James said he could see why some viewers would be turned off Ali after he duped Ronan into removing the piece of fencing he had been skewered by after a dramatic car chase with the Connors.

He also admitted he had received a lot of mixed reactions from fans about Ali’s murderous decision.

“In the natural real world, people would have mixed emotions – some people would understand that he’s done it for his family, others might go: ‘Scumbag!’ That’s just life, isn’t it?” reasoned James.

Asked whether he hoped the doctor in training might take another life, James said: “I don’t know, it’s an interesting one. I don’t really want to be the new mass murderer on Corrie, but I’m excited to see what they write for me.

“I’m in the lurch at the moment about it all. I find out in the New Year what’s in store, really.”

It is believed James – who recently announced he and girlfriend Sophie Coates are expecting their first child – will soon be disappearing from TV screens for a short break.

He told The Sun earlier this month: “I’ve got a little bit of time off from work. I’ve got about a month and a half off.

“I’m going to chill out a bit and have some time with my family.

“Few holidays. Chilling out, bit of surfing. But we’re back in December and I don’t know what they’ve got in store for me.”

And although he will be returning to the cobbles for 2019, James did reveal to the Derby Telegraph when he joined the Corrie cast earlier this year that he was pleased to play a different role to the villains he frequently portrays.

Local lad James told the newspaper: “I could be here for a year or even three, but I wouldn’t want to stay any longer than that.

“I like the role and I love acting in Corrie but I want to keep moving about and playing different characters.

He added: “Playing this character is a bit different to what I usually play.

“I’m usually cast as a bad guy or villain, though I do play other characters of course.”

My adopted mother and her 3 sons ❤️