Coronation Street star Charlie Lawson has opened up about the devastating death of his second wife.

Appearing on Loose Women on Wednesday (June 12), he revealed the police believed she had been murdered because her injuries were so horrific. 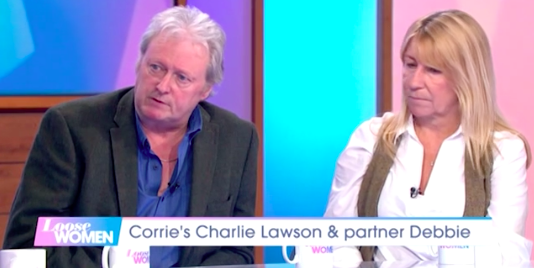 The actor, who reprised his role as Jim McDonald in the ITV soap last year, recalled his late wife's battle with mental health, which ultimately led to her untimely death.

Ten years after she passed away, Charlie described the horror of having to identify Lesley Bond - who he says was the love of his life.

A make-up designer on Corrie, Lesley suffered with depression and addiction for decades and died after a harrowing fall at home.

Charlie told the panel: "Lesley had a very unhappy life through no fault of her own. In the early 80s, if you got depressed, you were given large doses of Diazepam and Valium, and she became hopelessly addicted and moved on to alcohol." 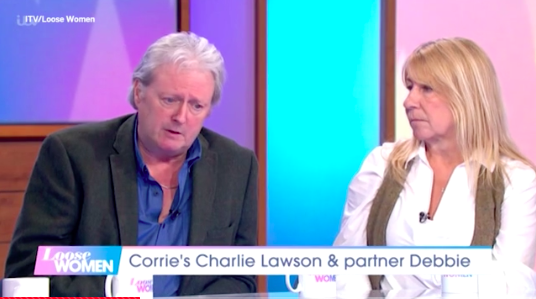 The 59-year-old continued: "And then she had a sad end and I had to go identify the body… She had a massive accident with a nasty injury on her skull, and the police thought she had been murdered. That doesn't leave you.

"Identifying the body will stay with me forever, I'll never lose that."

After suffering a stroke on stage last year, Charlie admits "it changes your outlook on life" and it forced him to confront some home truths.

Identifying the body will stay with me forever, I'll never lose that.

Describing the decision to scatter Lesley's ashes on the Ardnamurchan Peninsula in Scotland, Charlie said: "You look mortality in the face and embrace it, but the time seemed right.

"Debbie said quietly: 'Why don't we take Lesley up and just do that? It's the right thing to do." 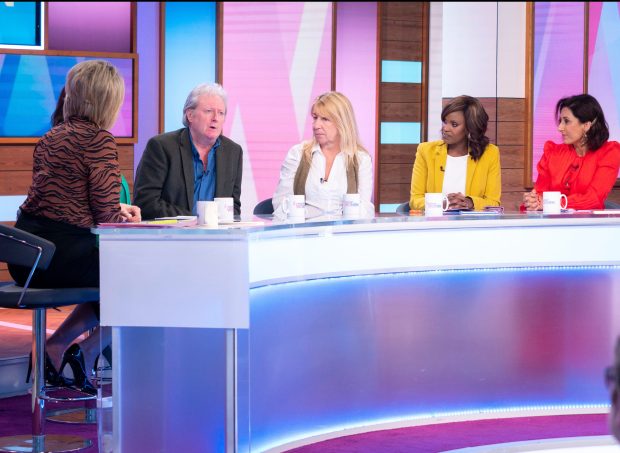 Charlie was first married to Suzie Lawson until 1994, before he married Lesley who he has described as the "love of my life".

He first appeared on the ITV soap in October 1989 and was a regular until 2000. He has since made numerous guest appearances, most recently in an explosive storyline last year.

At the end of 2018, the actor was taken ill on the opening night of his leading role in stage show Rebus.

He told the audience he was feeling faint and later discovered he'd suffered a mini-stroke.

He explained: "I did need to switch off.

"It affected me emotionally for a few months and you do need to sit back and learn to appreciate the people you have in your life."

Would you like to see Charlie Lawson back as Jim McDonald on Corrie? Leave us a comment on our Facebook page @EntertainmentDailyFix and let us know what you think!