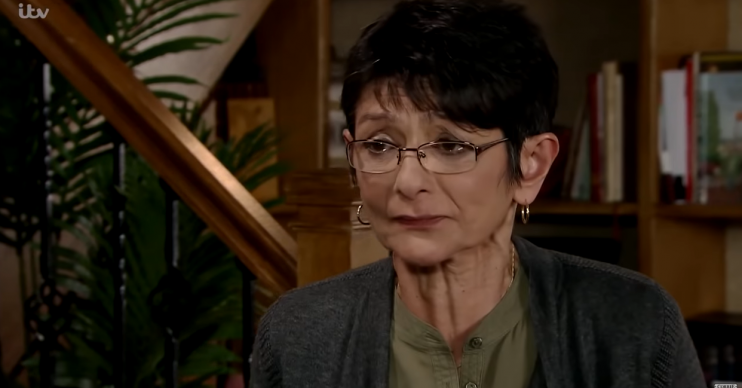 Prolonged suffering due to the outbreak

Yasmeen’s ordeal in Coronation Street is going to last even longer thanks to coronavirus.

Bosses had previously promised the tough-to-watch storyline would run into the summer, as Yasmeen finally escapes evil Geoff’s coercive control and abuse.

But now with coronavirus affecting the soap’s schedule and it being cut down to just three episodes per week – things aren’t looking great.

That means Yasmeen will suffer for much longer – as will viewers finding the harrowing storyline tough to watch.

One said: “With Corrie going down to two episodes a week, Geoff’s going to be around for ages yet.”

A second said: “With #Corrie going down to two weekly episodes that means longer to put up with Geoff.”

A third said: “My tolerances are dropping thanks to the stress of #coronavirus and bloody Geoff on #Corrie is tipping me over the edge.”

The soap will go down to just three episodes per week beginning Monday, March 30 in an effort to keep it on air for as long as possible in case production has to be shut down.

An ITV statement read: “The continued transmission of both soaps is a priority to all of us at ITV and to our audiences who enjoy the shows.

“Whilst carefully adhering to the latest advice from the government and Public Health England, our production teams are continuing to film episodes in Manchester and Leeds.

“With this change of transmission pattern it will ensure we have great new soap episodes coming to air every weekday night until at least the early summer.

“With effect from Monday 30 March Coronation Street and Emmerdale’s scheduling pattern will be changing due to the coronavirus pandemic.

“Emmerdale will air Monday to Friday at 7pm and Coronation Street Monday, Wednesday and Friday at 7.30pm.”

All this means is that Geoff’s abuse will go on for much longer as viewers have to cope with watching him terrorise Yasmeen for months and months to come.

Do you think the soap should cut the storyline down? Leave us a comment on our Facebook page @EntertainmentDailyFix and let us know what you think!