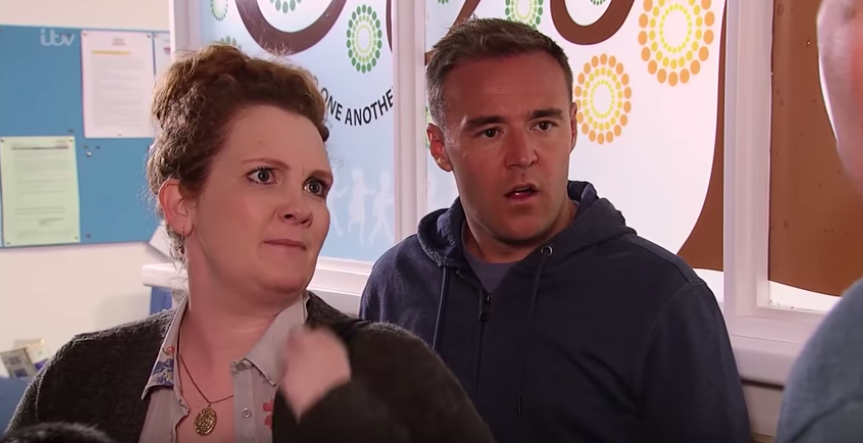 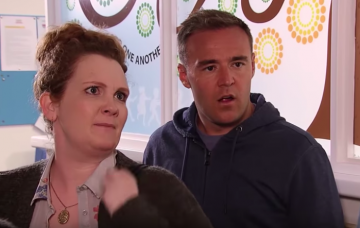 Corrie viewers are furious over endless gaffes about schools and teachers

Coronation Street viewers have been left furious over a number of gaffes in the primary school storyline.

But viewers and teachers were disappointed by the soap’s portrayal of how a primary school actually works and took to Twitter to blast the gaffes.

One furious teacher wrote: “Coronation Street !!! @ITV should be ashamed of their portrayal of Primary schools and their Staff !!!”

A second added: “Pls can the Corrie script writers visit a school and see how staf talk to one another? #Corrie”

A third raged: “What sort of school is that? Not even remotely funny. #Corrie”

“I thought soaps were meant to do their research?” said another angry fan.

“The school story is completely ridiculous. Why not show the reality of how dedicated teachers are to EVERY child?!

“And the fact that she’s ‘going to a PRU’ after a bite. Getting the cane out next? #corrie #itv #laughable”

Another pointed out the issues with excluding Hope as easily as it happened, writing: “When a primary school child gets excluded from school it’s normally to an arp not a pru #corrie #justsaying”

Others slammed the show for making it look easy for a child to be moved to another school: “Caught 15 mins of #Corrie a child has been given a place at a school for children with additional needs over a pint in the Rovers!

“Blimey who knew it was so easy!”

Another teacher added: “Realistically you wouldn’t expel a child based on that one incident.

“Obviously she needed reorganised but expelling usually happens after a sequence of incidents.

“Also the school have to show how they’ve handled the matter before it leads to an exclusion. #Corrie”

Another didn’t hold back their feelings, tweeting: “OH MY GOD MY EYES HAVE ROLLED TO THE BACK OF MY HEAD.

What did you make of the blunders in the storyline? Let us know what you think by leaving us a comment on our Facebook page @EntertainmentDailyFix!