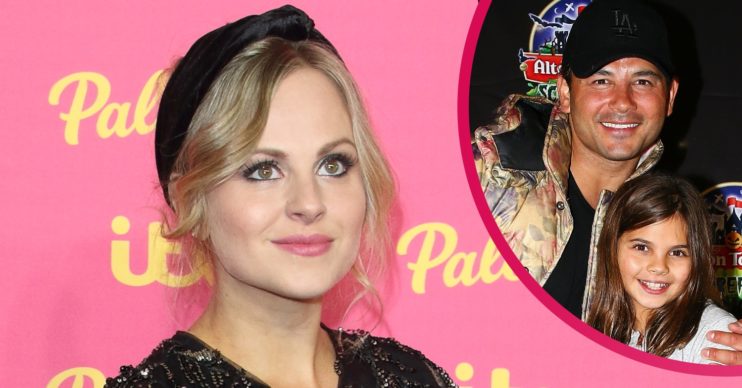 She takes after her talented parents

Coronation Street star Tina O’Brien has revealed her daughter Scarlett has auditioned for a role in a Disney movie – and could be moving to Los Angeles.

The actress shares daughter Scarlett, 11, with ex Ryan Thomas – and it sounds like she’s taking after her talented parents.

What did Tina say about Scarlett and her budding showbiz career?

Calling her daughter a ‘natural born entertainer’, Tina told TV Life: “She’s a really good mimic. And the most incredible singer. She’s brilliant and she’s getting better and better. I’m really excited for when she’s older.”

But she wasn’t always set on following her parents into the world of entertainment – and fell into it accidentally after going to her mum’s acting school.

Tina added: “I run drama classes for children, so she’s been coming to them since she was four. When she was younger she’d say, ‘I don’t want to go.’ But I’d say, ‘Tough, I’m going, so you’re coming with me!’

“Now, she’s like,’Are you going today?! Please can I come!’ She loves it and even says,’It’s my favourite place to be because I feel like I get to be who I am.'”

A Disney star is born?

But Tina is prepared to help her daughter however she can – even if it means moving to America.

She told the Star: “I would be happy for her to do whatever she wants to do. She’s just auditioned for a new Disney thing that would be filming in LA.

“She had a lot of script to learn and I said, ‘This is the reality, Scarlett. If you want to do this, you have to put the time and effort in.’

“Her American accent was ridiculous, though, it was so good! I think she’s got the bug.”

Asked if Tina is ready to be her daughter’s lackey if she wins the role, she said: “Absolutely and I’d be more than happy to do that. I just adore her, so I’m quite happy to be the lackey and chaperone.”

Scarlett’s dad Ryan recently showed off how proud he is of his daughter’s talents by sharing an incredible video of her singing.

Scarlett’s on the gram @scarlettthomas80 ❤️

In the video, the talented 11-year-old is seen belting out the lyrics to I’ll Never Love Again from A Star Is Born.

While in the caption of the post, Ryan announced he’d finally let his daughter join social media.

He wrote: “Scarlett’s on the gram @scarlettthomas80.”

Ryan’s celebrity pals were left amazed, with Lydia Bright commenting: “No I’m crying, she is so perfect, beautiful in every way.”