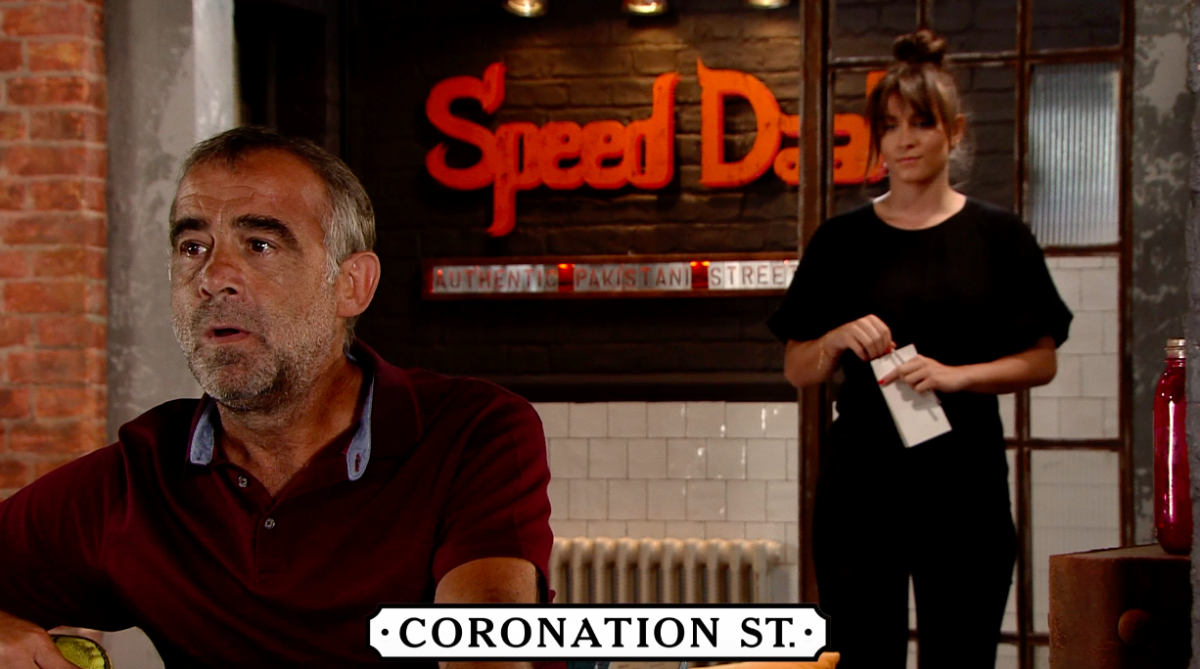 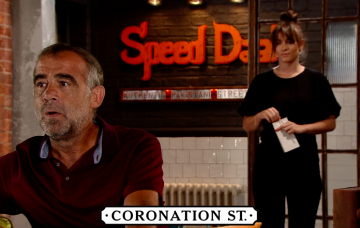 Are things going to get really quite complicated?

Sally Metcalfe is a force to be reckoned with in Coronation Street as Paula Cunliffe has recently discovered.

Convinced that single Paula would be the ideal woman for her ex-husband Kevin Webster, the former mayor of Weatherfield sets them up on a date.

Sally is completely unaware that Paula is bisexual and has actually set her sights on Sally’s daughter, Sophie.

So when Paula and Kevin have a date at Speed Dahl with Sophie looking on, things are very uncomfortable indeed.

Luckily Paula is quite quick to put Kevin in his place and let him know that she’s not looking for a relationship right now, using the old chestnut that her life is just too complicated right now.

“I’ve had a really lovely time so thank you,” Paula tells Kevin as she prepares to leave.

“Maybe we could do it again sometime?” Kev says hopefully.

“Well I’d love to, but,” Paula starts before Kevin picks up on her tone.

“Oh there it is, the dreaded but,” he says. Paul then goes on to explain that she did try to tell Sally but her friend was very determined. “Tell me something I don’t know,” Kevin sighs mournfully.

They agree to be friends before Sophie corners Paula.

“You let him down gently?” she asks her older lover. “I feel awful.”

“Would you rather I lead him on?” Paula asks before Sophie replies “No obviously not.”

Paul replies: “Good, so I’ll see you later yeah?” as she seductively strokes Sophie’s arm, leaving her looking at her rejected dad.

Who else thinks that this is not going to end well?

Can anyone see this working out? Leave us a comment on our Facebook page @EntertainmentDailyFix and let us know what you think!