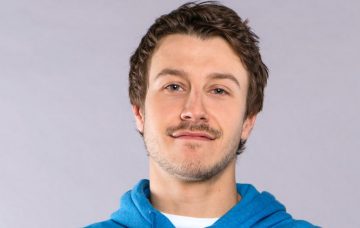 Ryan Connor’s world is set to be turned upside down next week when he discovers an online investment he made years ago is now worth a staggering 250K.

There’s just one problem – he can’t remember his password!

When Ryan gets a cheque for 5K for his DJ work in Ibiza, he bets Ali Neeson that he can double it within a month.

But of course, this is Ryan we’re talking about, and not only does he not manage to double it, he also blows the whole lot on gambling.

However, while he’s telling his sort-of-brother that he’s skint again and needs to make some money fast, he remembers that he made a £50 investment years ago in a crypto-currency called Whip-coin.

But as he’s researching whatever happened to the long-forgotten company online, he’s staggered to find out his investment is now worth £250,000.

Before he can start splashing the cash, there’s just one problem. He needs a password to access his online account and he can’t remember what it is!

It suddenly dawns on him that he wrote it down in a book about footballer Gazza all those years ago, Ali and Ryan embark on a hunt to see of they can track down the book.

When it appears the book is harder to find than he first thought, desperate Ryan promises Ali he will give him half the money if he helps track Gazza down.

Having a sudden lightbulb moment, Ryan rembers his password at last and excitedly logs into the website to claim his cash.

But there’s just one problem. He spent so long trying to remember his password that his investment has gone down massively – and to make matters worse, he still needs to pay Ali half.

With his luxurious lifestyle now in tatters, has all Ryan’s detective work been for nothing?

What would you do with 250k? Leave us a comment on our Facebook page @EntertainmentDailyFix and let us know what you think!