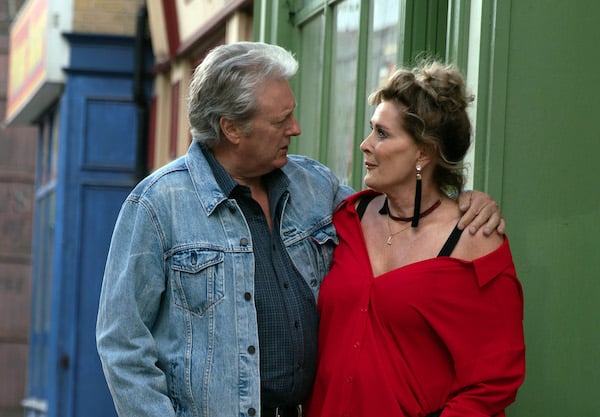 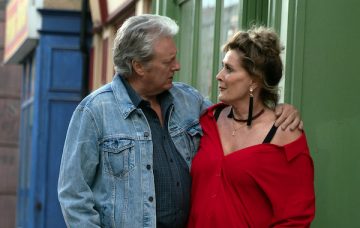 And those feelings are well and truly reciprocated, so they are, and the pair end up having a snog. Noooo, Liz.

For anyone who’s missed the last few weeks in Weatherfield, here’s a quick recap of what’s been going down and why this is a Very Bad Idea.

So, Jim has recently returned to the cobbles after his spell in prison for armed robbery where he tried to hold up a bank to get money for Liz.

With him, he brought Hannah who is pretending to be the daughter he and Liz believed to have died when she was a day old back in 1992.

They’ve convinced Liz – with the help of some dodgy DNA tests and a drawn-on birthmark – that Hannah is Katie and was switched at birth thanks to Weatherfield General.

But actually Hannah and Jim are lovers and are planning to scam as many people as possible before leaving Weatherfield with their ill-gotten gains.

There’s only one fly in the ointment and that’s that Jim is clearly falling back in love with his ex-wife.

Liz tells her BFF Eileen that she thinks she’s got a bad case of the feels for Jim again and the next day she tells him that she still cares for him.

The pair end up kissing – which is probably the worst thing that can happen as Liz’s heart will be broken twice over when she finds out the truth about Hannah.

Meanwhile Hannah is getting restless and tells Jim they have to up the stakes with their Johnny Connor blackmail plan and his wife Jenny receives a creepy bouquet of flowers will the sentiment: “To help you get through tomorrow.”

Jim and Hannah are threatening to reveal Johnny slept with Liz behind Jenny’s back – not realising that Jenny already knows and has chosen to keep quiet.

Can anyone see this ending well at all? No. Neither can we.

Charles Lawson who plays Jim recently defended his character insisting he’s a good man deep down who is still in love with Liz.

He also hinted that Hannah is the mastermind behind the scheme, and that Jim has second thoughts as soon as he sees Liz.

He adds: “It all goes frightfully wrong, it goes pear shaped very quickly. That relationship between Jim and Hannah is destined for disaster and it’s not built on any foundation. It’s pretty bleak.”

And we don’t envy Jim or Hannah when Steve’s fiancée Tracy Barlow finds out, either!

What do you think Liz will do to Jim when she finds out the truth? Leave us a comment on our Facebook page @EntertainmentDailyFix and let us know what you think!