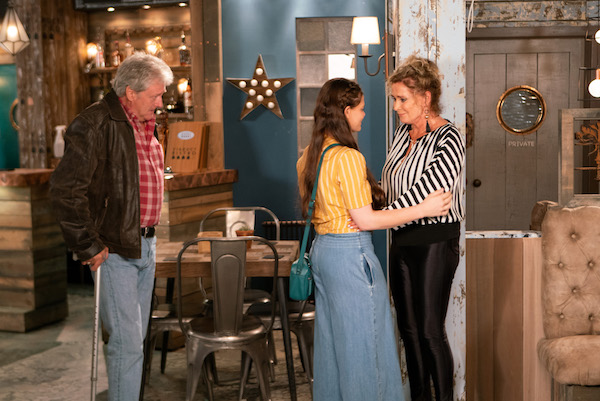 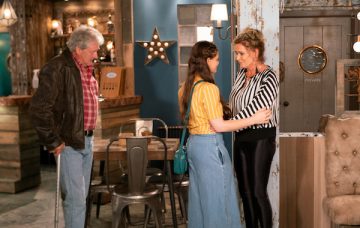 Is everything what it seems about the McDonalds' long-lost daughter?

Jim McDonald reveals the true reason for his return to Weatherfield next when as he tells ex-wife Liz that the daughter they believed to have died when she was a baby is actually alive.

He explains to his stunned ex that the hospital made a mistake and their daughter – Katie – lived and was adopted.

She then moved to Australia with her adopted parents, which is where she grew up. He even shows her a DNA test which proves what he says.

But while Liz – eventually – embraces the news that her daughter is alive and is now called Hannah, Steve isn’t so convinced.

After meeting her, with his fiancee Tracy Barlow, the pair decide to do some checking up on her.

They scour the internet for information and are stunned to find out that Hannah isn’t who she says she is.

Armed with the information, they summon Liz and Jim to the flat to tell them what they’ve discovered.

Jim remains adamant that Hannah is Katie and explains about the DNA test and that she has the genetic condition that Jim has.

But Steve is still suspicious and suggests that he gets his own DNA test done.

How will Jim react?

In the meantime, Jim asks a lawyer to meet with the family and the brief confirms that they would be looking at a substantial compensation pay out from the hospital.

It was revealed that Jim was going to return with Katie/Hannah in tow earlier this year and was met with a huge backlash from Corrie fans.

Is Hannah a con artist? Leave us a comment on our Facebook page @EntertainmentDailyFix and let us know what you think!