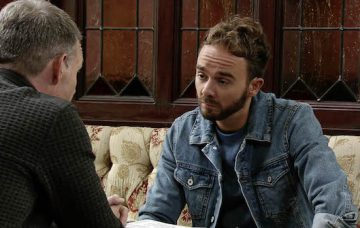 Nick Tilsley is left stunned and feeling suitably guilty next week when he realises just how much he’s missed since walking out on his family over a year ago.

He’s knocked for six when he learns about his little brother David being drugged and raped by Josh Tucker.

And he reels even more when David lets it slip that he contemplated taking his own life after the attack.

Nick tries desperately to make amends with his brother but a furious David isn’t having it and tells Nick that he refuses to discuss it with him any further.

Will Nick ever be able to make up for not being there when David needed him the most?

Fans of the ITV soap know that David was drugged and raped by twisted Josh back in March this year.

Having groomed him and pretended to be his friend, Josh slipped GHB into David’s drink on a night out before he dragged him back to his flat and raped him.

When David woke the next morning, he was horrified to discover what had happened but was left stunned when Josh turned up at his house like nothing had happened.

David suffered in silence for months while his friends and family were left baffled by his erratic behaviour.

He was arrested and charged for beating sister Sarah’s boyfriend Gary Windass to a pulp.

He then skipped court in May after learning that Aidan Connor had tragically taken his own life.

It was Aidan’s death that made David realise he wanted to live and he finally confessed to Shona that he’d been raped by Josh.

With her support he reported Josh to the police and the mechanic/personal trainer was arrested.

But with no evidence and just Josh’s word against David they were forced to let him go without charge.

David managed to get closure last week when he scared Josh – who’s now blind – by threatening him with the police.

Will Nick be able to make amends with David? Leave us a comment on our Facebook page @EntertainmentDailyFix and let us know what you think! 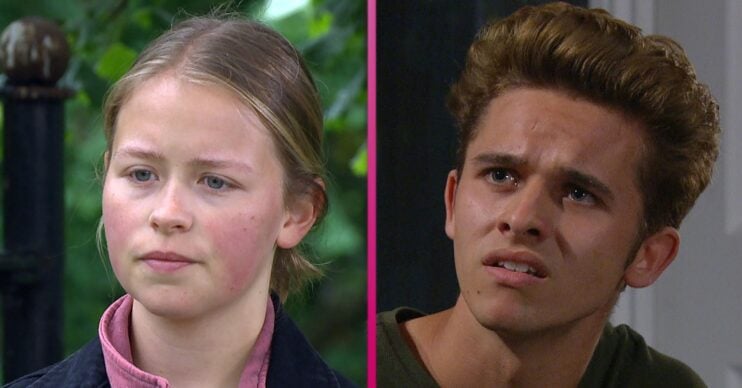