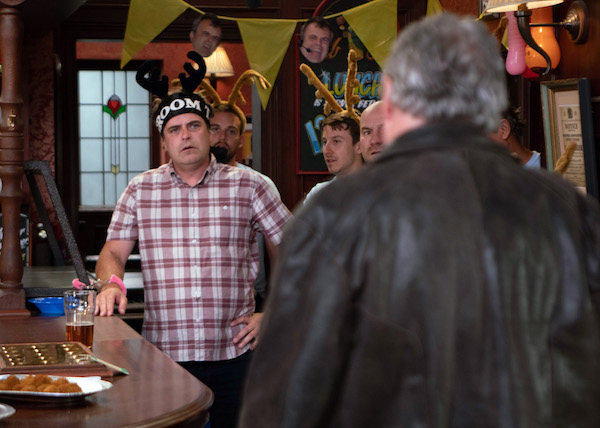 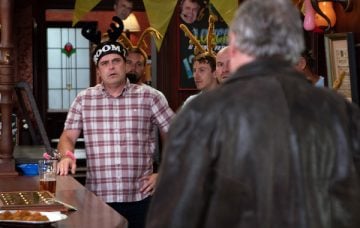 Steve McDonald gets the shock of his life when his dad Jim McDonald arrives at his stag do next week, throwing the party into chaos.

The Streetcars boss is celebrating his impending wedding to Tracy Barlow and the bash is in full swing when Jim walks through the door.

Steve is appalled at the sight of his dad and tells him he wants nothing to do with him before storming out of his own party.

Jim doesn’t get a warm welcome from Peter Barlow either, who lunges for him for almost killing him when he was in prison for Tina McIntyre’s murder.

Jim pleads for a chance to explain and it’s left to his ex-wife Liz to explain that Steve and Michelle have split up and he’s now marrying Tracy.

But Jim’s got some news of his own. What can it be? And why is he back?