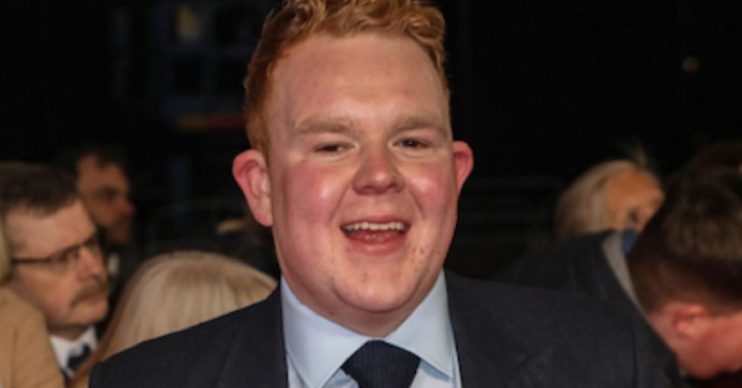 Just what we all needed

Corrie actor Colson Smith has delighted fans on social media with a series of uplifting messages from the show’s cast.

Any Coronation Street fan will likely already know that the beloved ITV soap has suspended filming due to the coronavirus pandemic and subsequent nationwide lockdown.

And current episodes are only airing three times a week, halved down from its previous six. But Colson Smith, 21, who plays Craig Tinker, took to Twitter to share several messages on behalf of the Corrie cast.

Addressing the soap’s official Twitter page’s some 1.7 million followers, Colson told viewers that the team at Coronation Street were delighted with all of the positive feedback they’d received over the last few weeks.

He said in a video taken at his home: “The world is in a really weird place at the moment.

“There’s all this crazy stuff going on including Coronation Street dropping down to only three episodes a week.

“But through all of this we’re still seeing all of your positive tweets, comments and posts.

“And…they’ve been making us smile.”

Fans back the lockdown filming schedule

He went on to share some heartwarming fan content, including a cat viewing Coronation Street and a slew of positive tweets supporting the soap’s decision to temporarily stop filming in order to keep their crew and cast safe from coronavirus.

The actor added that ITV is trying to soften the blow by releasing a series of Corrie-themed quizzes and increasing social media output.

And…they’ve been making us smile

The harrowing domestic abuse storyline between Geoff and Yasmeen was  also covered, with Colson claiming that Geoff is a “nasty, nasty man”. But he loved seeing so many positive tweets praising the actors’ performances.

The post’s Twitter replies echoed this. Several fans tweeted that it was an especially important storyline now, when unfortunately many domestic abuse victims will be staying at home with their abusers.

Others told him he looks great

One tweeted: “Thank you Corrie for your incredibly important domestic abuse storyline. Who would have predicted it would be so timely to so many who are forced to isolate with their abusers during this Pandemic. May we all be vigilant and call police to investigate anyone we suspect of abuse.”

Others commented on well Colson looked, who has clearly lost some weight in recent months.

The soap star rounded off the video with several more updates, including some hilarious TikTok Coronation Star videos.

What did you think of Colson’s video? Share your thoughts with us on our Facebook page @EntertainmentDailyFix.