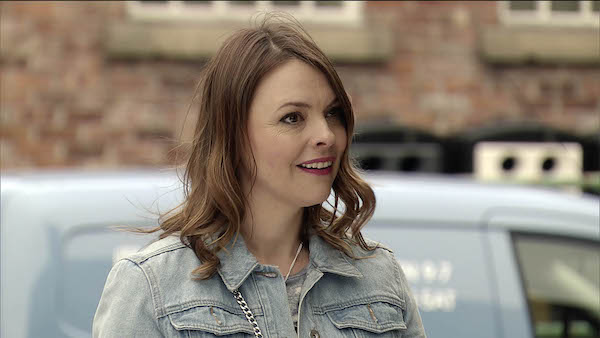 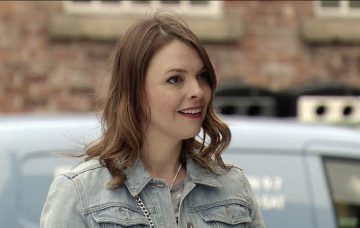 Tracy Barlow has gotten away with another heinous crime – and fans are furious about it.

It also inadvertently led to the death of Ronan Truman – a consequence which has left Ali Neeson’s life changed forever.

Tracy’s actions have had devastating consequences for many Weatherfield residents, but she’s been left without a scratch physically or otherwise.

Thinking it would implicate mechanic Abi Franklin, who she (wrongly) believed had slept with her husband-to-be Steve McDonald, Tracy ripped into the car with no thought of the consequences.

Just as bad perhaps, Tracy then threw her supposed best mate Abi under the bus by setting her up for the deed.

Last night (Wednesday 31 October), her disgusting actions were finally exposed by her new hubby when he found Kevin Webster’s laptop.

On it was CCTV footage of Tracy sabotaging the car in the garage.

After confronting Tracy in horror, she decided to do the right thing (wait, what?) and tell the police the truth.

However, in a bizarre bid to protect her, Steve confronted her outside the police station and stomped on the laptop – destroying the evidence.

While Abi was eventually release from police custody, fans were still livid with Tracy, with one saying: “Steve you idiot. #Corrie.”

Another slammed: “Tracy gets away with everything and it’s not fair.”

Change the record Tracy. What about Poison Ivy but change the lyrics to Poison Tracy? #Corrie

#Corrie Tracy is evil, knowing Abbie is innocent & about to lose her kids and playing the best friend..

“Tracy is two-faced,” blasted another, while one more called her “evil” and “poison”.

Despite knowing Tracy’s tendency for bad behaviour, Steve is determined to get her back after he cheated on her with Leanne just before their wedding day.

Will Steve and Tracy reunite?

Do you think Tracy should be punished? Leave us a comment on our Facebook page @EntertainmentDailyFix and let us know what you think!