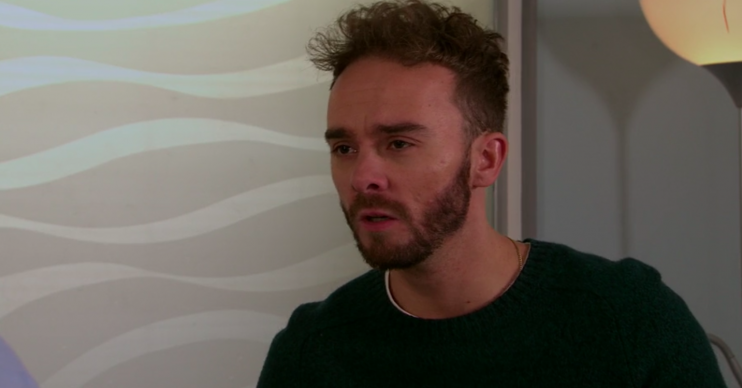 Heartbreaking for the newlyweds

Fans of Coronation Street were in tears after David Platt refused to accept the news his wife Shona may never wake up.

David was mid way through giving evidence during his rapist Josh Tucker’s trial when his brother Nick got a phone call.

When Nick returned to court, David realised and shouted over asking if Shona was alright.

He then demanded to be released from giving evidence by the judge and left to run back to the hospital.

The doctor gave him the update, saying: “We conducted another scan and it looks like there was no discernible deterioration so hopefully that might indicate that her condition has stabilised.

“It means we have to continue on the assumption that this might be as good as it gets.”

She added: “If Shona is to breathe without assistance, now’s the time to find out so we’re going to try to remove the breathing tube again.”

But when David pushed the doctor on whether Shona would be able to breathe by herself again, let alone wake up, it was bad news.

She told him: “I’m afraid that’s not a guarantee I can give at this stage.”

And it soon became clear that David was refusing to accept what the doctors had told him.

In heartbreaking scenes, Nick tried to get through to his brother and make him realise that the doctor had told him Shona could never wake up.

He said: “I know it’s hard but if Shona’s unresponsive then you’re going to have some decisions to make.”

But David refused to listen. It was too much for viewers to cope with and many broke down in tears.

One said: “It is heartbreaking for David to see Shona like that. I cried, sad scene together. Poor David, glad to see David and Nick as brothers again.”

A second said, with a crying emoji: “Poor Shona, and David…”

Another added: “Can’t bear the thought that David might lose Shona after everything he’s been through #Corrie.”

What do you think will happen to Shona? Leave us a comment on our Facebook page @EntertainmentDailyFix and let us know what you think!