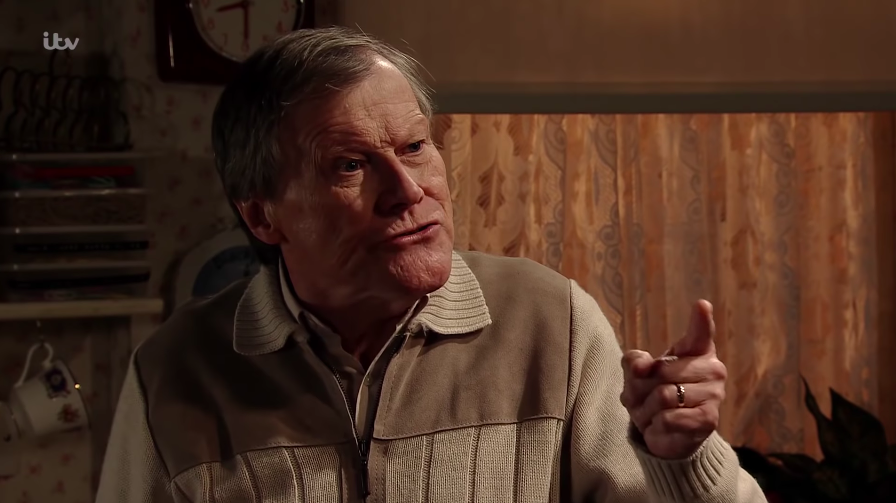 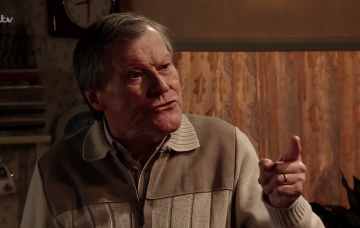 He told her he was 'bitterly disappointed' in her

Coronation Street fans have been left heartbroken over Roy and Carla’s row.

In last night’s episode Roy found out he was the one who started the boat fire that almost killed Simon Barlow and his reaction towards Carla was devastating.

Refusing to believe she just wanted to protect him, he told her he was ‘bitterly disappointed’ in her and accused her of deleting the evidence so she could frame Abi Franklin.

But as Roy continued to push her, he used a guilt trip to get the truth out of her.

He said: “It is most disappointing when you lie to me, Carla. I thought we had a good relationship.”

Realising she had to tell him, she said: “I hid your stuff Roy. I did it to protect you. You started the fire Roy.”

Horrified at what he had done, Roy went to confess to Peter about what had happened.

He said: “It has come to my attention, this afternoon, that it was I who set fire to your boat. An apology seems woefully inadequate. I assure you, I was sleep-walking.”

But as Carla tried to get Peter to agree not to go to the police Roy left, and went to the station himself to hand himself in.

He returned later to tell Carla what he had done.

He said: “I walked straight into a police station this afternoon.

“I gave a statement and they told me to go home while they made further enquiries. The point is the truth must come out.”

Carla was devastated by his actions and even more devastated when he told her he was ‘bitterly disappointed’.

One viewer said on Twitter: “Roy telling Carla that he’s bitterly disappointed in her has hurt her more than anything #Corrie.”

A second said: “That Roy and Carla scene at the end broke my heart. Powerful stuff #corrie.”

A third said: “Ouch. Nothing worse than someone you look up to as a Father figure telling you they are disappointed in you.

Another said: “Upsetting to see these argue as the father and daughter relationship they have, but #Aliking and #DavidNelson are a joy to watch on screen as Carla & Roy @itvcorrie #corrie.”

A fifth said: “Someone pass me the wine I think I need it after that episode #Corrie #Roy #Carla.”

Another added: “Carla and Roy are breaking my heart #corrie @itvcorrie.”