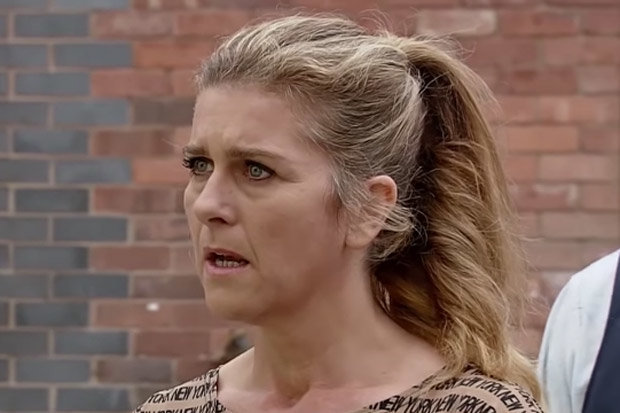 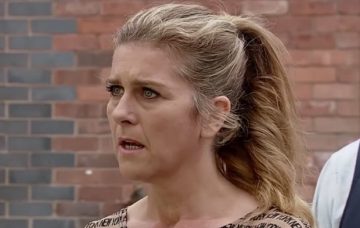 Fans have turned against the character...

In astounding scenes shown on Wednesday (28 November), Sally was sent to prison for four years after being set up by dodgy conman Duncan Radfield.

ITV viewers were devastated for veteran character Sally, who was duped by lying and conniving Duncan.

But they reserved their real vitriol for Sally’s sister Gina Seddon, who betrayed her at the last minute – and even succeeded in turning Sally’s own husband against her.

Probably because she fancies him rotten.

Gina testified against her sister, leading to Sally being found guilty of fraud, money laundering and bribery, and sentenced to four years inside.

As the former Mayor of Weatherfield heard the verdict, she broke down sobbing.

Viewers know she DIDN’T do it.

But Gina seemed to hammer the final nail in Sally’s coffin when she agreed to testify, having been secretly meeting up with Duncan and falling for his lies.

After helping Tim to believe Sally had an affair with Duncan, she said: “I want to testify. It can’t be anymore stressful than sitting on my hands. After what’s happened I don’t think I have a choice. Everyone needs to know what my sister is really like.”

After Gina’s damning testimony, the judge delivered his verdict, saying: “As Mayor of Weatherfield, a community placed its trust in you to act honourably and honestly on its behalf. You betrayed that trust and have been found guilty of bribery, fraud and money laundering.

In the second half of the double episode, Gina tried to convince Sally the judge had twisted her words, but at home she had her slippers firmly tucked under Sally’s kitchen table.

Hoping to keep Sally’s spot in bed warm, are you Gina?

Taking to Twitter, a furious viewer wrote: “Gina’s such a bad person… telling Tim that Sally doesn’t want to see him. Pushing them apart.”

Another fan blasted: “Poor Sally & her own sister stabbed her in the back too.”

One other person remarked: “Poor Sally gave two faced [bleep] Gina a roof over her head when she should have kicked the nasty [bleep] out. Vile piece of trash.”

Poor Sally & her own sister stabbed her in the back too #Corrie pic.twitter.com/AGgJm3Ae0O

anyone else absolutely hate gina? #corrie

“Gina stop lying. Tim doesn’t love you or want you,” said another.

But, sadly for Sally, the writing is on the (prison) wall.

Meanwhile, with Duncan’s solicitor Imran clearly regretting what side he was on, perhaps there’s hope for Sally yet?

Do you think Gina has been duped by Duncan or is a baddie herself? Leave us a comment on our Facebook page @EntertainmentDailyFix and let us know what you think!