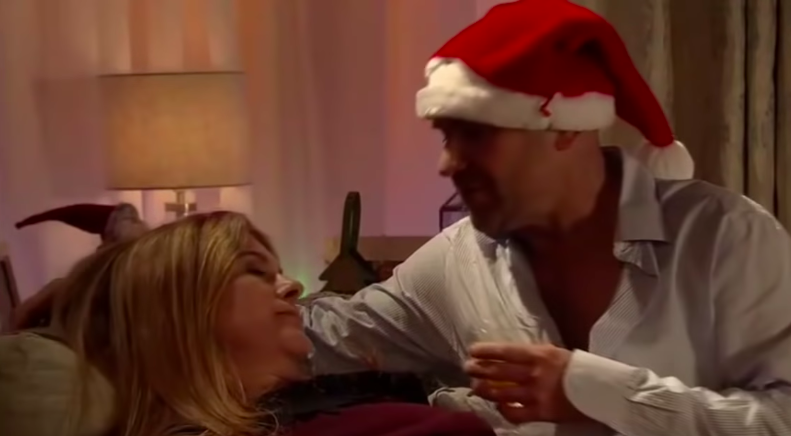 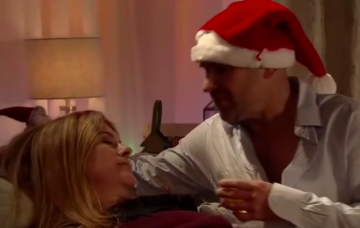 Corrie fans furious as Tim cheats on Sally with Gina

Coronation Street viewers are in a state of fury after Tim Metcalfe cheated on wife Sally with her sister Gina.

The taxi driver drunkenly snogged his sister in law before dragging her into his bed last night after leaving his imprisoned wife devastated by putting their house on the market.

Tim has been forced to take drastic action after being presented with a bill from Sally’s solicitor as well as being ordered to pay back the money Sally was accused of stealing.

Viewers know Sally was framed by conman Duncan, but Tim believes his wife had an affair with him and did steal the money.

But while Sally was stuck in prison devastated about losing her house, her sister Gina couldn’t wait to get her claws into Tim.

And after a few drinks that’s exactly what she did.

The illicit pair let one thing lead to another and they shared a passionate kiss.

And by the end of the episode as Gina tucked a very drunk Tim into bed, he hugged her and she hopped in with him.

Uh oh! We've got a bad feeling about this Tim and Gina…

Join us next week for more festive shenanigans than you can shake a sprig of mistletoe at! #Corrie pic.twitter.com/zxK6XrhTgo

Corrie viewers were rightly furious over the betrayal from both Tim and Gina.

They took to Twitter to launch their own attacks on cheater Tim and scheming Gina.

One said: “What are you doing to me corrie? I cant take anymore of ginas lying and scheming.

“Poor sally and why on earth hasnt tim put the pieces together?”

A second viewer threatened to boycott the show over the storyline.

They tweeted the soap: “Tim’s behaviour is appalling to the point we turned Corrie off- sure that’s not what you want but it’s a really over exaggerated story about him and Gina.”

A third agreed, writing: “Does every single happy couple on corrie have to get ruined by someone cheating!

“So depressing corrie is at the minute, think ill give it a miss over christmas!!”

Another added: “Can’t believe what tim and gina are doing to sally #corrie”

What do you think of the shocking scenes? Leave us a comment on our Facebook page @EntertainmentDailyFix and let us know what you think!