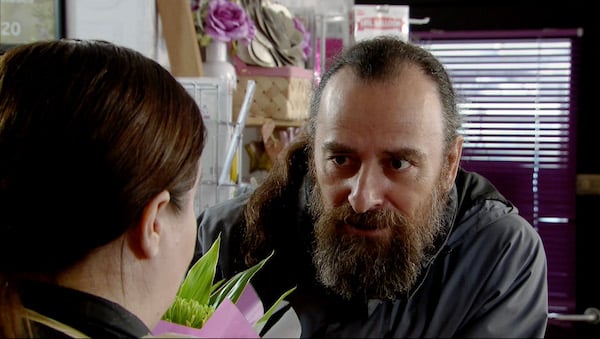 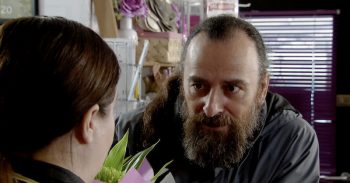 Coronation Street fans are starting to worry Jan may not be who he seems.

The builder recently arrived on the cobbles and was hired by Gary to do some work for the business.

He seems to have charmed Eileen Grimshaw and the pair obviously have an attraction to one another.

After Pat Phelan’s reign of terror, viewers were left hoping Eileen would find happiness with Jan, but is he just as dodgy as her serial killer ex?

In Monday night’s episode (April 22) Seb Franklin met a young girl named Alina whilst out on a job in a nail bar.

The owner of the nail bar, Rachel, obviously knew Jan as she was originally looking for him to do the work and she mentioned Jan as Seb was leaving.

The young builder got to see Alina again in last night’s episode (April 24) when she returned his wallet to him.

He offered to take her to Speed Daal for dinner but when they arrived, Eileen spotted them and Jan didn’t look too happy to see Alina and quickly turned away.

Alina saw Jan and Eileen and told Seb she wasn’t feeling well and had to go.

This left viewers with a few questions. Why did she change her mind so suddenly? Does she know Jan?

Fans have already come up with a few theories about how Jan and Alina know each other.

Some believe that Jan could be Alina’s father, despite him telling Eileen just moments before that he had no children.

I think alina will end up being jans daughter? #Corrie

Is this Polish woman the daughter of the Eileen's BF do you think?#corrie #coronationstreet

I wonder if Seb's date is Jan's daughter. #Corrie

I wonder if that young girl was Eileen lodger Daughter 🤔#Corrie

Jan is involved in human trafficking and slavery

It has been widely speculated that Jan could be involved in Coronation Street’s human trafficking and slavery storyline.

My guess it's some sort of modern slavery situation.

#Corrie not looking good for Eileen..her lodger could be involved in people trafficking! She does picks em!

I think they are part of a human trafficking story?!

Jan was involved with Pat Phelan

Although unlikely, it’s possible Jan knew Phelan. After all they both worked in the same trade, but was he involved with the murderous builder?

Really hope Jan doesn't turn out to be a psycho or a spy for Phelan! Coz I like him… alot! #Corrie

What’s your theory? Leave us a comment on our Facebook page @EntertainmentDailyFix and let us know what you think!