Coronation Street waved goodbye to one of its most beloved characters last night - and fans were sad to see Fiz Stape go.

Other viewers were left feeling angry that she even had to go in the first place - suggesting that sending Hope to a special school wasn't the answer to their problems. 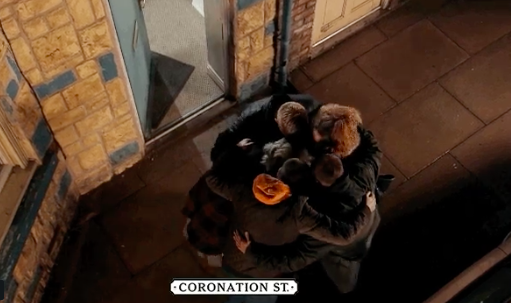 The occasion deserved a group hug on the Street (Credit: ITV)

In emotional scenes shown on Wednesday (5 December), Fiz made the difficult decision to take her daughter to Birmingham in the hope her bad behaviour could be dealt with in a specialist unit.

Hope's conduct has been going from bad to worse in recent months, and this week was the final straw for desperate parents Fiz and Tyrone Dobbs. 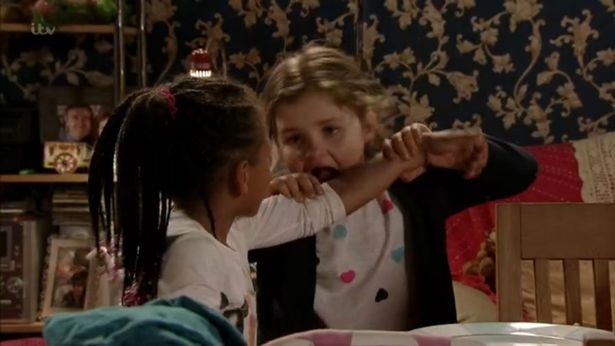 Corrie fans couldn't believe their eyes when Hope grabbed Ruby's arm and bit down on it as revenge for telling tales.

After Hope had been sent to her room in disgrace, Fiz insisted they had to leave saying: "I can't take this anymore. You're right she needs to go to that place. We've let her down."

Tyrone told her that they couldn't "split up the family" by taking Hope to Birmingham, but a resigned Fiz replied: "It's the only way." 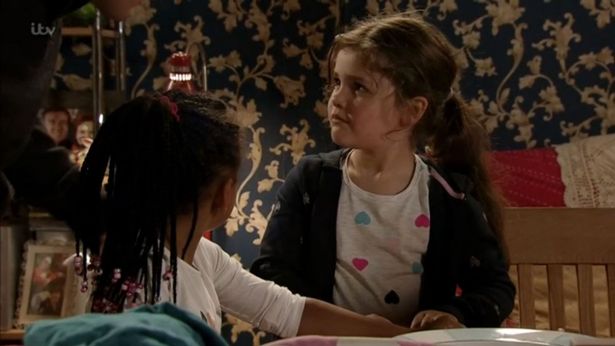 Hope has now been sent to a special school (Credit: ITV)

Hope has previously bitten her teacher and sent her grandma's dog, Cerberus, on a tram to Rochdale...

Fiz then bade a sad farewell to her family, having a group hug while the taxi waited to take them away.

Fans reacted to Fiz's exit on Twitter, with one lamenting: "Aww really felt sorry for Tyrone and Fiz."

Others feared Fiz might not be coming back at all, saying: "I hope it's not forever?"

I don't about anyone else, but I'm glad to see the back of Hope. Every scene she's been in is like something from The Bad Seed!

Annoying is Tyrone&Fiz on #CoronationStreet Hope&Ruby need some focussed parenting.
Phases of childhood happen.
Hope sent away as a headcase is ridiculous.

While some were pleased to see the back of "Cruella De Vil" Hope.

At least one fan didn't agree with the decision to send Hope away, though, believing her behaviour is just a phase.

They wrote: "Annoying is Tyrone&Fiz on #CoronationStreet Hope&Ruby need some focussed parenting. Phases of childhood happen. Hope sent away as a headcase is ridiculous."

Were you sad to see Fiz go? Leave us a comment on our Facebook page @EntertainmentDailyFix and let us know what you think!