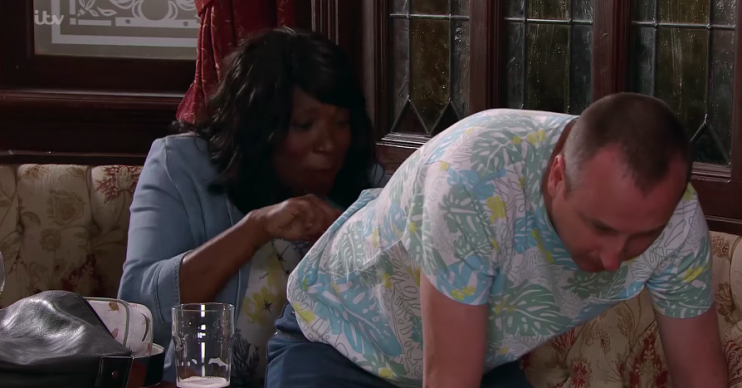 Has Corrie lost its comedy?

Some ITV viewers have had enough of Coronation Street‘s “unfunny” storylines and decided to boycott the soap.

This week, one of the big storylines featured Kirk Sutherland finding a rash on his bottom and asking local pharmacy assistant Aggie Bailey to check it out for him in the middle of the pub.

When she did, it was found to be caused by a label in his underwear, which a number of fans did not find amusing.

Fans took to Digital Spy forums to share their decision to give up on Corrie after decades of religiously watching the long-running soap.

One said: “Watched Corrie since childhood (29).

“But because the show has lacked any quality for at least a few years, this past year being the worst I can ever remember, I have decided it’s time to tune out.”

A third said: “Losing Kate Oates was a disaster.

“Said so at the time but hardly anyone agreed with me, everyone saying it was too dark. Well, this is the alternative folks. Fun, games, hilarious misunderstandings and endless vulgarity on the cobbles. Farcical.”

Another said: “I’ve switched off for the time being. I just can’t watch it anymore. I’ll tune in again regularly when I hear of an improvement.”

Another said: “Gemma and her mother are the worst characters ever in Corrie.”

A fifth added: “You didn’t actually see anything [in Bernie’s naked scene] it was all done Austin Powers style.

“That said, if I had children I wouldn’t let them watch it as the ‘comedy’ is so bad your average seven year old would find it too childish to watch.”

Do you agree with the fans? Will you stop watching Corrie? Leave us a comment on our Facebook page @EntertainmentDailyFix and let us know what you think!