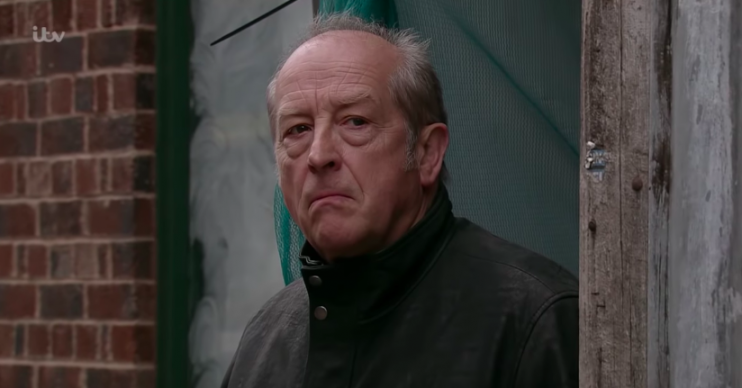 It all seems a bit familiar for longtime fans

Fans have accused Coronation Street has been accused of repeating itself with Geoff’s coercive control of Yasmeen Nazir.

Viewers have noticed the storyline is following the same pattern as Shelley Unwin’s abuse at the hands of Charlie Stubbs – under the nose of her ex Peter Barlow and her friends and neighbours.

Peter was recently brought into the storyline as Geoff is trying to convince people Yasmeen is an alcoholic to cover his own abuse.

And it has reminded fans of the other storyline and they have accused the soap of lacking originality.

One asked: “The Geoff Metcalfe mental abuse campaign of Yasmeen is underway (haven’t we been down that road with Shelley Unwin/Charlie Stubbs?) Gary Windass aka the second coming of Phelan is underway…what ever happened to originality.”

A second agreed: “Charlie and Shelley were great characters and actors so you felt for her, Geoff and Yasmeen are appalling at acting so it makes it even more annoying.

“Considering Tim was a bad ‘un when he first turned up, I expect if they bought his mum into Corrie she would be the next serial killer!”

A third said: “Having a Corrie catch up and the Geoff and Yasmeen storyline is getting very Shelley and Charlie, minus the vest @CoroStreetBlog”

A fourth said: “It’s the same old stories with different folk. Charlie and Shelley in the pub.”

Longtime fans will know that Charlie ended up killed by Tracy Barlow who felt humiliated by him after he rejected her in favour of Maria Connor – even after she defended him over his abuse of Shelley.

Corrie boss Iain Macleod has confirmed there will be an ending for the storyline – and Geoff won’t get away with it.

He told the Radio Times: “We will be exploring all these aspects of this complex and important social issue in coming episodes, as Geoff’s strangle-hold on Yasmeen tightens.”

He added: “Controlling behaviour is a spectrum and I really hope that, at the less insidious end, the storyline will have a positive effect on viewers’ attitudes to their loved-ones.

“And at the more serious end, where Geoff is headed, I hope it will give people at home who are in abusive relationships the courage and insight to get out before it’s too late.

“On the evidence of the letters I have already been receiving, I truly believe this will be the case.”

Do you think the stories are too similar? Leave us a comment on our Facebook page @EntertainmentDailyFix and let us know what you think!