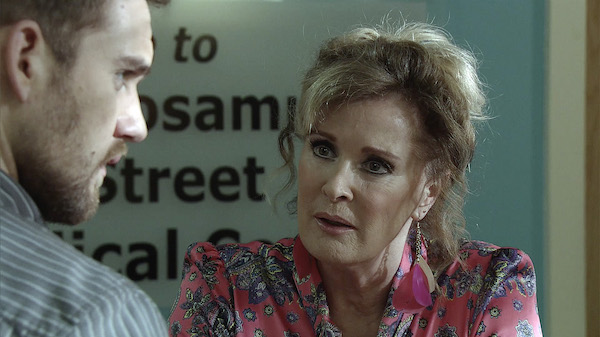 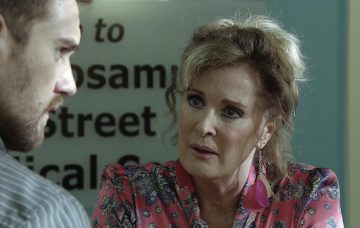 Liz has had a heartbreaking 2018

The 61-year-old actress has called for her character to have a more light-hearted outlook next year – although she “doesn’t know” if that’ll be the case after Liz’s ex-husband Jim McDonald and his girlfriend fooled Liz into thinking her dead daughter had returned in order to dupe her out of money.

She told the Radio Times: “It would be quite nice to have a bit of comedy soon, hopefully. But I don’t know whether that’s going to be the case, I don’t know.

“Because obviously you can imagine when they said, ‘Actually, your dead daughter returns’, we’re thinking, ‘What? Well, I’m not sure about this.'”

Although the soap star was sceptical about the extreme storyline, she admitted that the way the script was written was “brilliant” and confessed she “laughs all the time” on set.

Beverley explained: “I think the way they wrote it, and the twist, was just brilliant, because at first I just thought, ‘She comes back to life, or she was swapped at death, what is this about?’

“But I thought it was really good for me having Charlie [Lawson] back. And Hannah [Ellis Ryan], who played Hannah, she was just as bad a giggler as I am.

“In fact, one of the floor managers said her favourite bunch of cast are the McDonalds ‘cos they just laugh all the time, but of course when you look at it on screen, you would never know that for a second.

“But it would be good to get a little bit of levity, I think. Yeah, I would like that.”

Would you like to see Liz involved in more comedic storylines? Leave us a comment on our Facebook page @EntertainmentDailyFix and let us know what you think!