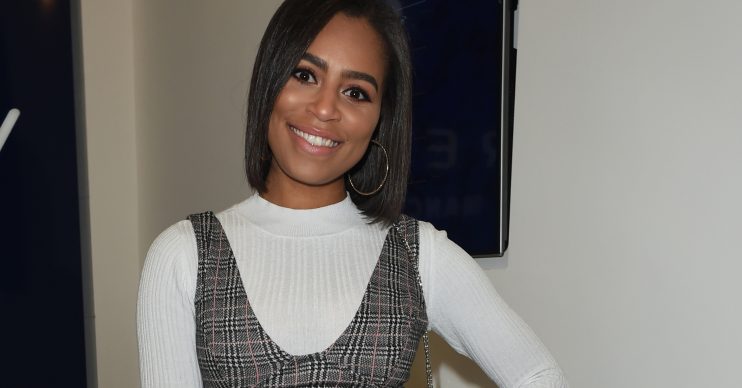 Actress has revealed her shock at hair falling out

Former Coronation Street actress Tisha Merry has revealed her fears she’s going bald after anaemia made her hair fall out.

Tisha, 26, explained she was diagnosed with anaemia, a condition in which you don’t have enough red blood cells to meet your body’s needs.

The girlfriend of Corrie’s Alan Halsall said she noticed the problem when washing her hair caused the shower to clog up with more strands than usual.

Speaking on her YouTube channel, Tisha shared how she started taking a Biotin supplement to help address the problem.

She said: “I take an array of different supplements but this one is the one I’ve noticed works the most.

I was so paranoid about it and I was trying all sorts of different things to thicken it up again.

“Now about two years ago I found out I was anaemic. My lips were like a funny colour, I was dizzy a lot, really tired but the main thing I noticed, the biggest symptom was loss of hair.

“And I was so paranoid about it and I was trying all sorts of different things to kind of thicken it up again.

“So obviously I was on iron tablets from being anaemic but I came across Biotin. I think I went on forums and started researching what supplement helped hair growth and the thing I noticed that was in every product was Biotin.”

Tisha went on to add what a horrible feeling it is – whether you’re a man or a woman – when your hair falls out and explained how important it is to find something that works for you.

Tisha and boyfriend Alan now live together in Manchester and the couple may also be reunited on screen as Tisha hinted to fans that she would love to return to Coronation Street.

“I didn’t leave to never go back, like I said I left for a little break,” she said during a Q&A on her YouTube channel.

Have you experienced hair loss like Tisha? Visit our Facebook page @EntertainmentDailyFix and let us know what you think of this story.